Pennsylvania Sen. Pat Toomey was one of seven Republicans to vote in favor of conviction on Saturday 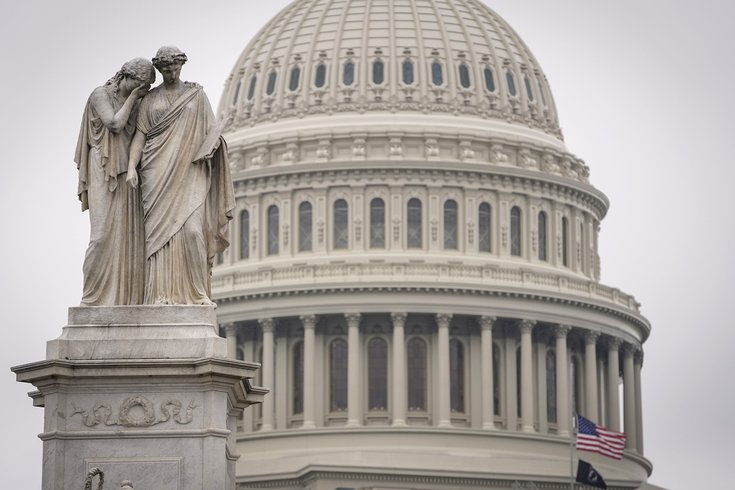 Former President Donald Trump was acquitted in his impeachment trial on Saturday by the U.S. Senate on charges that he incited the deadly insurrection at the U.S. Capitol last month.

The Senate voted 57-43 in favor of conviction, with all 50 Democratic senators voting to convict Trump. However, only seven Republican senators joined the Democrats in their conviction of the former president. At least 10 more GOP senators would have needed to break with their party for a conviction to occur.

Among the seven Republicans who broke with the former president was Pennsylvania Sen. Pat Toomey. Toomey had endorsed and voted for Trump in the 2020 presidential election.

"[Trump's] betrayal of the Constitution and his oath of office required conviction," Toomey wrote in a statement shared to social media.

His betrayal of the Constitution and his oath of office required conviction.

After the pro-Trump riot of the U.S. Capitol on Jan. 6, Toomey called upon Trump to resign from office in the final days of his presidency.

Toomey, who is retiring from the Senate after his second term expires in 2022, was initially skeptical of impeaching Trump. But as a majority of Republican senators pushed back on the constitutionality of the impeachment trial, Toomey joined Democrats twice in voting to move forward with the proceedings.

Trump should have been held accountable.

History won't be kind to the 43 Senate Republicans who voted to excuse Trump's outrageous misconduct.


1/ Today, I voted to convict President Donald J. Trump for inciting an insurrection against the United States.

The proceedings of this trial made clear that President Trump spurred a violent attack on Congress and then betrayed his duty as Commander-in-Chief by...

Trump's acquittal was a victory for former Montgomery County District Attorney Bruce Castor, who was picked to serve on the former president's impeachment defense team. It was also a win for Philadelphia-based attorney Michael van der Veen, who joined Trump's legal team during the impeachment proceedings.

However, van der Veen's West Whiteland Township, Chester County home was vandalized with graffiti on Friday night, according to the Associated Press.

Van der Veen was also the recipient of laughs from senators as he mispronounced Philadelphia as "Phillydelphia" when he demanded that all possible depositions take place at his Center City office, leaving him confused as to why lawmakers were chuckling.

Van der Veen's mispronunciation of Philadelphia set social media on fire and even elicited a response from "It's Always Sunny in Philadelphia" star Rob McElhenney.

Trump's acquittal was a defeat, however, for Pennsylvania Congresswoman Madeleine Dean, who represents most of Montgomery County. She and the eight other House impeachment managers were tasked with making the case for Trump's conviction to the Senate.

The House of Representatives voted last month to impeach Trump, making him the only president in U.S. history to be impeached twice.

All nine lawmakers who represent the Philly region in the House voted along party lines. Only 10 House GOP lawmakers joined their Democratic colleagues in voting to impeach Trump.

Trump's conviction appeared unlikely given that most Republican senators either found the impeachment trial to be unconstitutional or did not believe Trump's words at a Jan. 6 rally incited the violence at the U.S. Capitol.

The impeachment trial lasted only five days, as no witnesses were called and Trump himself refused to testify. Had Trump been convicted, the former president could have been barred from running for federal office again.