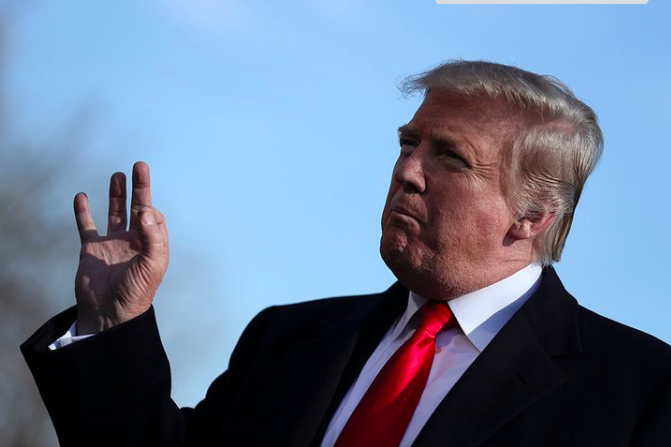 President Donald Trump transferred to the Wharton School in Philadelphia from Fordham University in 1966. A former admissions officer says the president's older brother intervened on his behalf.

Much like the silver spooner stereotyped in any number of mentally undemanding movies, President Donald Trump is a big fan of name-checking his education at the University of Pennsylvania's Wharton School.

“I went to the Wharton School of Business,” Trump said at a Phoenix rally in 2015. “I’m, like, a really smart person.”

He likes to add the "like" in there because a true genius is smart enough to know that relatability is everything in presidential politics.

....Actually, throughout my life, my two greatest assets have been mental stability and being, like, really smart. Crooked Hillary Clinton also played these cards very hard and, as everyone knows, went down in flames. I went from VERY successful businessman, to top T.V. Star.....

....to President of the United States (on my first try). I think that would qualify as not smart, but genius....and a very stable genius at that!

Many of Trump's boasts about his time at Wharton — mostly unnecessary boasts for him to make in the first place — have been debunked in recent years. Several members of his 1968 graduating class told The New York Daily News he wasn't very memorable there, while Penn's student-run Daily Pennsylvanian disproved Trump's gratuitous claim that he graduated at the top of his class.

The tale of how Trump got into the Wharton School of Finance, as it was called at the time, is now better understood after a Monday feature in the Washington Post.

A man named James Nolan, an admissions officer at Wharton in the late sixties, revealed that Trump's interest in the school came to his attention when he received a phone call from Trump's older brother, Fred Trump Jr.

Nolan had grown up alongside the older Trump and the two were reportedly very close friends. Both wanted to attend Penn, but only Nolan got into the Ivy League school. They still remained friends as the years passed.

In 1966, Fred Trump Jr. called Nolan to see whether he remembered his younger brother, Donald, who at the time was a student at Fordham University. Nolan agreed to meet with the younger Trump and Fred came along.

“I certainly was not struck by any sense that I’m sitting before a genius," Nolan, now 81, told the Post. "Certainly not a super genius.”

Penn's daunting admissions rate — currently 7.4% — was much higher as recently as 1980, when it stood at about 40%. Nolan said it was "not very difficult" to get into Penn in 1966. The report he wrote on his meeting with Trump was certainly favorable, but the notion that Trump's genius is certified by his diploma (a notion he propagates, if no one else does) doesn't hold up under scrutiny.

The Post notes that there's no public record of Trump's transcript at Wharton or any available evidence that his family made a donation to help him gain admission. It was common for wealthy and influential people to jump the line at prestigious schools at the time.

Whether President Trump actually considers his Wharton degree more of a testament to his brains than to his wealth is another question. It may be that he considers them one and the same, for his purposes.