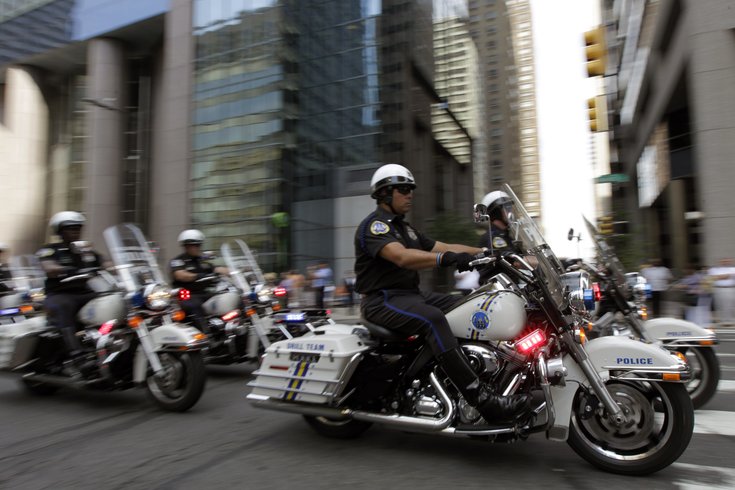 Members of the Philadelphia Police Patrol Motorcycle Drill Team arrive for an event to draw attention to the upcoming Hero Thrill Show, Thursday, Sept. 1, 2011, in Philadelphia.

The goal is to replace 16 motorcycles in its fleet, a need that falls outside the city’s current budget but is significant given the upcoming special events in Philadelphia, including the visit of Pope Francis in September and the Democratic National Convention next year.

According to a press release issued by the Philadelphia Police Foundation, the nonprofit has donated two new 2015 Harley-Davidson Police Road King motorcycles to kick off what is being called the "Adopt-a-Police-Motorcycle" campaign.

The foundation hopes to raise enough funds for 14 additional Harley-Davidson Police Road King motorcycles, each fully equipped and prepared by Brian’s Harley-Davidson in Langhorne, Bucks County, at a cost of $18,000 per bike.

Tax-deductible contributions to the foundation can be made online at phillypolicefoundation.org or by sending a check to the Philadelphia Police Foundation, 4040 Chestnut St., Philadelphia, PA, 19104 (memo to Adopt-A-Motorcycle Fund).