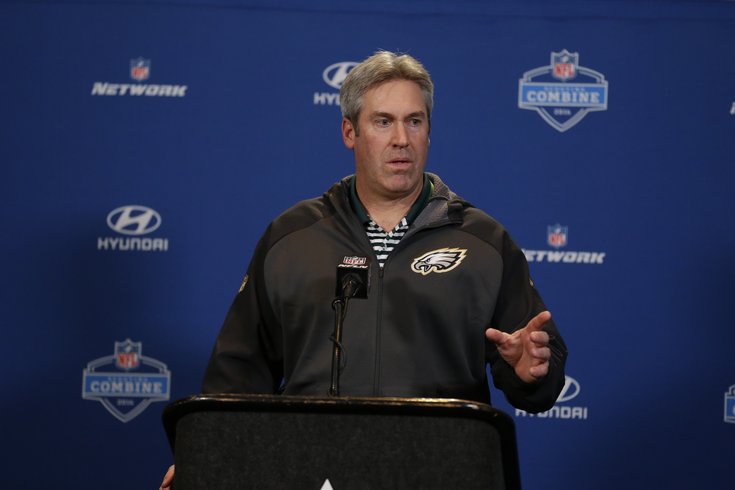 INDIANAPOLIS -- A week ago, a report emerged that Eagles head coach Doug Pederson views Chiefs quarterback Chase Daniel as "more than a backup." At the Combine in Indy, Pederson was asked what Chase Daniel showed him in his three years with the Chiefs.

"What did Chase show me? He's a solid backup," said Pederson. "He kind of reminded me of me when I was a backup in Green Bay. He's a guy who really helped Alex Smith on and off the football field. He's a leader in his own way. He's talented, and I hope he gets an opportunity."

Given a second chance to talk more about Daniel, Pederson did say that he thinks Daniel could be a starter if given the opportunity.

"I think Chase, given an opportunity, yes, he can be (a starter)," said Pederson. "The people who have worked with him for the past three years know that he has an opportunity there and hopefully he gets his chance.

"I think that what he has done with Alex, the way he's kind of coached Alex, behind the scenes, the way he prepares during the week, the way he studies, the way he puts himself in a starter's mentality on Sunday, in a couple games he did start in Kansas City to me has proven that he can take over a team."