Down with 'Elf on the Shelf'

For our children, holiday 'tradition' normalizes America as a surveillance state

By Brian Hickey
PhillyVoice Contributor
Opinion Elf on the Shelf 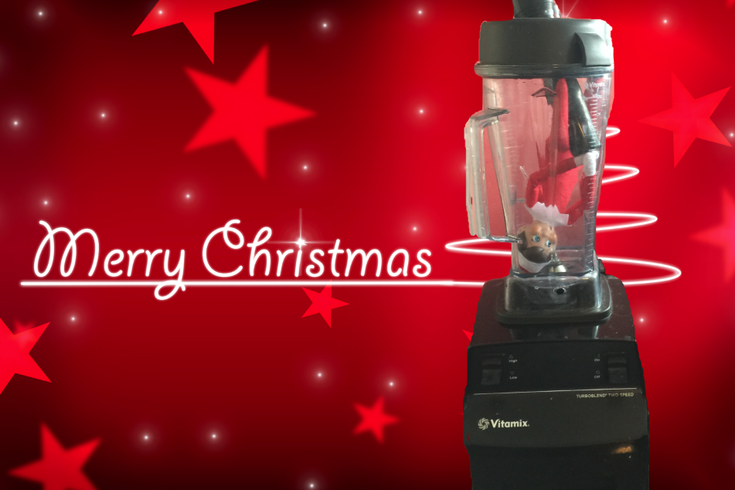 Elf on the Shelf, a Christmas season novelty, finds himself in a precarious position.

My son and I had an interesting conversation on the way to kindergarten this morning. It revolved around that so-called “charming Christmas tradition” called the "Elf on the Shelf.”

For those #blessed enough to claim unfamiliarity with the EotS, it’s a plastic pellet-packed piece of polyester with a smarmy grin and eye-contact eschewing orbs of blue. It’s also a made-in-China tactile quality that a carnie would be ashamed to offer as a rigged game’s participation prize.

But here we are as a nation where that little cretin litters Facebook feeds and Listicle Hubs with a frequency that puts the Ice Bucket Challenge to shame.

When I was looking for a place to move EotS before Tuesday morning’s wake-up discovery – Day Three of the season, for what it’s worth – a wave of discomfort washed over me.

Now, it pains me to write this.

For one thing, ‘tis the season to avoid going Grinch Mode on things that bring children joy in a world that’s burning all around them.

For another, the Internet is forever, which means the lad will likely see this one day and resent the words herein. (Side note for Louden: Forgiveness is godliness; love you mostestestestestest.)

But write it I must.

S: “Because he’s in a different place every morning. That’s fun.”

D (paraphrased and sorta embellished): “You don’t mind that he’s spying on you and reporting back to Santa about your behavior like a conniving rat-fink tattletale?”

D: “Someone who tells on other people.”

D: “Yes, absolutely. You are a very good kid, the best I've ever known.”

S: “If someone does something bad to you, it’s OK to tell on them, and it’s always good to tell the truth.”

The conversation shifted toward the Philadelphia Zoo’s new red panda cubs and how cool the BB-8 droid from the upcoming "Star Wars" installment is. (We totally agree that he’s very, very cool, btw.)

However, my mind meandered back to a Washington Post story about how that little “pixie scout elf” was less a Christmas comfort and more of an intruder “preparing your child to live in a future police state,” according to Laura Pinto, a digital technology professor at the University of Ontario Institute of Technology.

“I don’t think the elf is a conspiracy and I realize we’re talking about a toy,” Pinto was quoted as saying. “It sounds humorous, but we argue that if a kid is OK with this bureaucratic elf spying on them in their home, it normalizes the idea of surveillance and in the future restrictions on our privacy might be more easily accepted.”

Pinto wasn’t the first to broach privacy concerns about a 10-year-old gimmick that – thanks to the Magic of Trendy Consumerism – somehow garnered the “tradition" tag. And I’m sure I won’t be the last, even today.

From a creative perspective, Carol Aebersold’s move to put a face on the snitch who tells Santa “who’s naughty or nice” was top-notch narrative building.

But step back, examine the big picture and – if you’re anything like me – you’ll quickly see that Pinto’s right.

EotS does normalize – in both conscious and subconscious ways – constant surveillance in developing minds that will inhabit a world where their every public step lands in a security camera’s line of vision and their every keystroke falls under the mercy of personal profile-building and ad-targeting cookies and, in some cases, hackers.

In next-gen America, the need for “See Something, Say Something” PSA campaigns will be nil since they’ll be preconditioned to accept the role of surveillance even in family holiday contexts.

Times, they keep a’changing, so maybe it’s not necessarily a bad thing for our children to learn without even knowing it. It's easier to adapt to a future with which you're already familiar.

But those of us who remember leaving the house without a phone in our pocket and walking past a camera on every corner will rue the loss of what once was. I really didn't need to know how Santa found out I'd behaved well enough to deserve that totally awesome Millennium Falcon toy one Christmas Past.

Is it unfair to saddle that snitch elf with total responsibility for societal shifts brought about by technological advances once reserved for the movie theater? Probably. But that’s what I choose to serve as a totem for a world where privacy has gone the way of the rotary phone.

Now if you’ll excuse me, I need to find EotS hiding places that don’t make it seem as if that $30 gimmick’s prying eyes are watching my child’s every move. Because that’s just creepy.