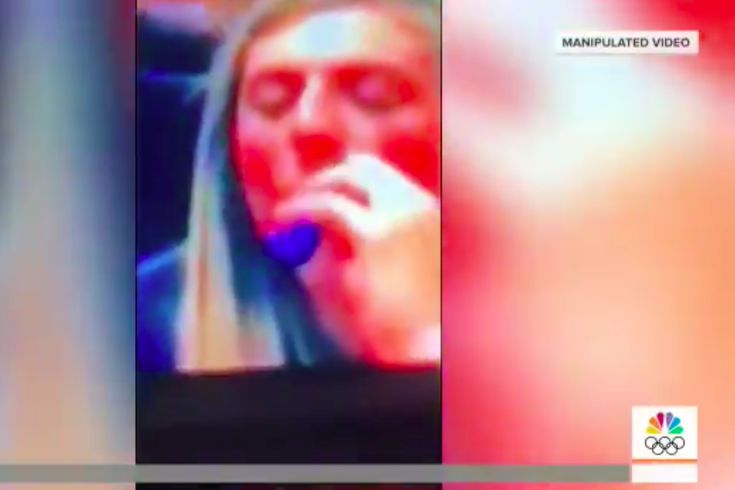 Bucks County prosecutors say Rafaela Spone, 50, of Chalfont, created deepfake images and videos, including the one above, that targeted members of her daughter's Victory Vipers cheerleading squad in Doylestown.

A Bucks County woman is accused of doctoring videos and images of teenagers on her daughter's cheerleading squad as part of an alleged harassment campaign to get them in trouble, according to prosecutors.

Rafaela Spone, 50, of Chalfont, was charged this week with cyber harassment of a child and related offenses stemming from a pattern of activity that began last year.

Spone targeted three underage victims who were part of the Victory Vipers traveling cheer squad based in Doylestown, investigators said.

The harassment first came to the attention of police when the mother of one of the girls reported that her daughter received texts and calls from a blocked phone number.

Some of the texts included photos that had been taken from the girl's social media accounts and doctored to make her appear nude, or as if she had been drinking alcohol and vaping, according to a criminal complaint.

In a deepfake video — altered through software to make one person appear as another — the same girl was depicted to be vaping. That video, obtained by NBC's "Today," was sent to the head of the Victory Vipers in an apparent effort to get the girl kicked off the team, prosecutors said. The girl and her mother were interviewed by "Today."

A Pennsylvania mom is facing criminal charges, accused of using deepfakes to harass a member of her daughter's cheerleading team. @stephgosk has the details. pic.twitter.com/aK3y63nM8I

In one of the calls the girl received, she was allegedly told, "You should kill yourself."

Two other parents came forward to police in December to report that their daughters were targeted with similar calls and texts, including images that placed them in compromising situations that never occurred.

"What we've always taken for granted — that a photo is a photo, a video is a video — we can't take that for granted any longer," Weintraub said.

Weintraub discussed the case in greater detail during a Monday afternoon press briefing.

Robert Birch, an attorney representing Spone, said his client denies the allegations and plans to fight the charges.

In a statement, the Victory Vipers told "Today" the group "has always promoted a family environment" and is sorry for everyone involved in the case.