You can watch Drexel alum 'Dr. Pimple Popper' pop pimples on TV, if you'd like 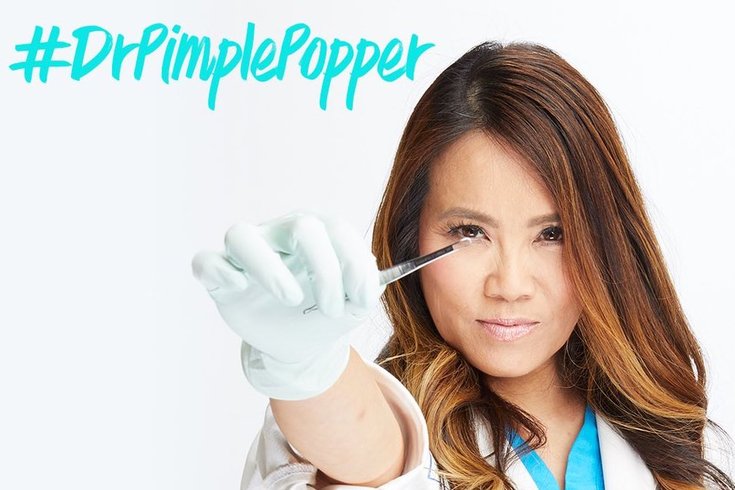 Lee called herself Dr. Pimple Popper, and she now has nearly 4 million YouTube subscribers — which she parlayed earlier this year into a TLC special, and now a regular series on TLC.

Starting Wednesday evening, you can watch an hour-long television show focused on a doctor who pops pimples professionally.

But Lee is best-known for the Instagram videos she started posting in 2014, and the YouTube series she began in 2015. The initial concept behind the videos was simple: She would pop zits, blackheads, and cysts. The videos were certainly not for the squeamish (and still aren’t — you’ve been warned), but they found an audience and started to pick up steam.

(The above video is pretty tame. We'll let you find the more ... involved videos on your own.)

Lee and her pimple popping videos have attracted nearly 4 million subscribers to her YouTube channel — which she parlayed earlier this year into a TLC special, and now a regular series on TLC.

Now that Lee officially has her own television show on the air, maybe this is the right time to update Drexel’s list of notable alumni on Wikipedia. She’ll fit right in next to fellow Drexel alum and filmmaker Susan Seidelman, whose film Smithereens was the first American independent film invited to compete at the 1982 Cannes Film Festival.