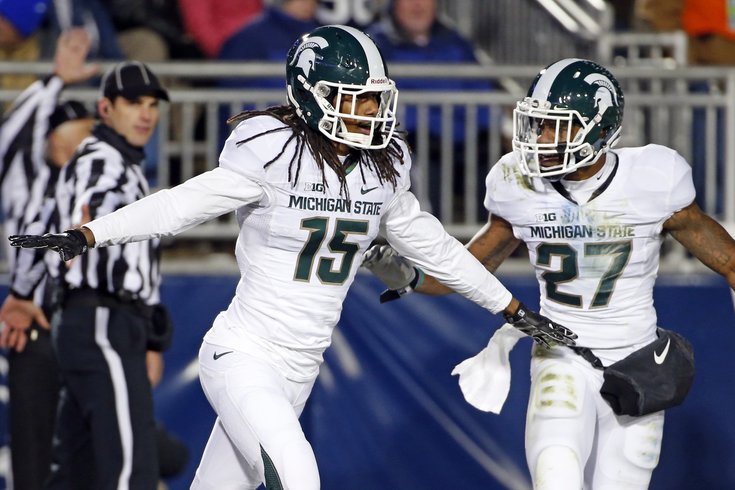 Trae Waynes is the consensus top cornerback in the 2015 draft.

In Ed Marynowitz's first session with the media as Chip Kelly's right-hand man, he laid out the Eagles' three-part evaluation process for draft prospects, noted below:

"Number one, it's the height-weight-speed, according to the position. That's the one factor of it. They either have that or they don't. It doesn't necessarily eliminate them per se, but that's one element of it. So you'll grade that individually."

"The second part is the position specifics, or the critical factors for that position, which is basically the guy's athletic ability to play that specific spot, which is also relative to your system and scheme. Every team is different, so we have certain prototypes for that."

"The third part is the character, attitude, and intelligence piece, in terms of the right football makeup, and how we want to build the team."

All three would be nice, but the Eagles are willing to make exceptions. "Each one in and of itself is evaluated," said Marynowitz. "Just because a guy is exceptional or deficient in one won't preclude us from taking him, but ideally, especially in the in the upper rounds, you're striving for guys that fit in all three of those."

During that same press conference, Marynowitz also noted that the three biggest positional strengths of the 2015 draft are at wide receiver, cornerback, and along the offensive line. Those positions happen to match up with what are arguably the Eagles' three most glaring needs.

Over the next couple days, we'll look at the wide receivers, corners and offensive linemen in the 2015 draft, and determine how many "Ed heads" they get. To note, the "#culture" column is very difficult to determine, having no knowledge of how well prospects interviewed with the Eagles. Therefore, I can only go on whether or not there are any known serious issues. Let's take a look at the top 11 rated cornerbacks in the 2015 NFL Draft, via CBS Sports' rankings:

Waynes is the consensus #1 CB in this draft. He's tall, blazing fast, and has outstanding coverage ability. If there were one player I could see the Eagles moving up for other than Marcus Mariota, it'd be Waynes, but he'll be long gone by the time the Eagles pick at 20.

Johnson's 40 time wasn't great , but he showed a lot of explosion in the some of the other measurables at the Combine. Still, we'll dock him half an Ed head in the height-weight-speed category. 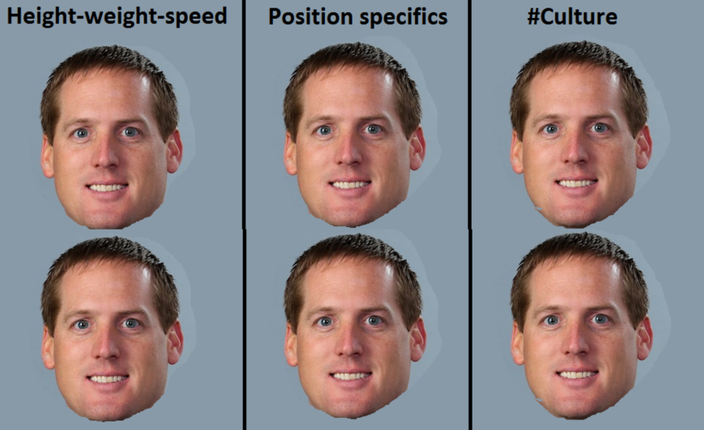 Jones is the player I think the Eagles are most likely to pick at 20 if they don't trade up for Marcus Mariota. He is a size-speed beast, he can play press or off-coverage, and is thought to have pristine character.

Peters is regarded as a corner who is perhaps as talented as Trae Waynes above, but has serious off the field concerns. He was reportedly kicked off the team for having "multiple run-ins" with Washington's coaching staff.

Darby has "good enough" size at 5'11, and is blazing fast. However, a big knock on him is his toughness in the run game, which the Eagles value in their corners.

Rowe ran an impressive 4.45 at 6'1, 205. He is good in run support and in press coverage, and has the versatility to also play safety. Rowe would be a very good fit for the Eagles, although his value in the draft by the experts has been all over the map.

Collins absolutely has the size and speed the Eagles covet, although he lacks experience, starting only 10 games for the Tigers throughout his college career, and isn't considered an overly physical player. Collins reportedly failed multiple drug tests.

Rollins' 4.57 at the Combine was a disappointment, but he's a ballhawk and a big hitter from his corner spot. He does not have the height-weight-speed characteristics the Eagles are looking for at CB. But at safety? Maybe.

Smith is among the few top corners in this draft class I haven't watched at all, but at 5'10 with 8 1/8" hands, he may not fit the Eagles' size requirements.

Williams has good size, and is a physical corner, but he tested poorly at the Combine, and was recently arrested for a DUI, although those charges were dropped because because of missing dashboard camera video.

Like Quinten Rollins above, Shaw's best position in the pros might be at safety, although he does possess good H-W-S characteristics. Teams will have to do their due diligence on an incident in which Shaw claimed to injure his ankle while jumping from the second story of a building to save his drowning nephew, when in reality he was trying evade police.