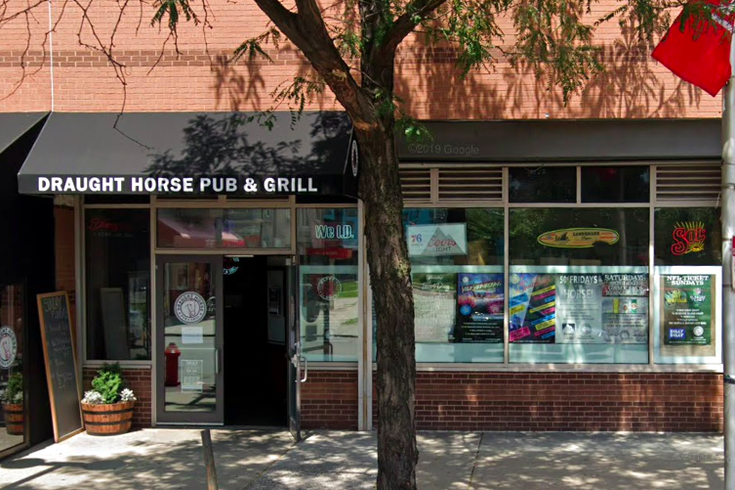 The Draught Horse Pub & Grill, a popular gathering spot for Temple University students, is closing its doors Sunday. It is auctioning items, like beer tap handles and decor.

The Draught Horse Pub & Grill will permanently shut its doors this weekend after 20 years of operation on Temple University's main campus.

With the beloved bar closing, people will have the chance to buy a keepsake. Its owners are hosting an online auction to sell its decor, beer tap handles, neon beer signs and glasses. Barstools, booths, tables, chairs and kitchen equipment also are up for bidding.

The auction's webpage will continue adding listings until 10 days before the auction's March 18 closing date. Winning bidders will be able to pick ups March 20-22.

The sports bar is closing because its owners failed to reach a new lease agreement with Temple University. The bar is closing Sunday — its 20th anniversary. Director of Operations Mike Frost said it could relocate in the future, but no plans are yet in place.

"We understand the last year has been difficult on many restaurants in the region," Raymond Betzner, a university spokesperson, told Temple Update. "The lease at the Draught Horse is ending its term. We offered them a one-year extension on the same terms as the current agreement. That extension was not picked up."

The bar's closing has unleashed a social media storm of nostalgia and reminiscing.

The Temple News interviewed students about their fondest memories at the bar. A former student, Josh Verlin, said he used to grab burgers at the bar with his dad.

"Even for those of us Temple students who weren't big drinkers, the Draught Horse was a cornerstone of the campus," Verlin said. "It was always vibrant and buzzing like a great college bar should be."

The bar was one of many businesses near Temple hit hard by the pandemic. Remote learning meant less students on campus and less business for restaurants and bars.