As progress continues in pandemic recovery, excitement builds around dining out in the year ahead 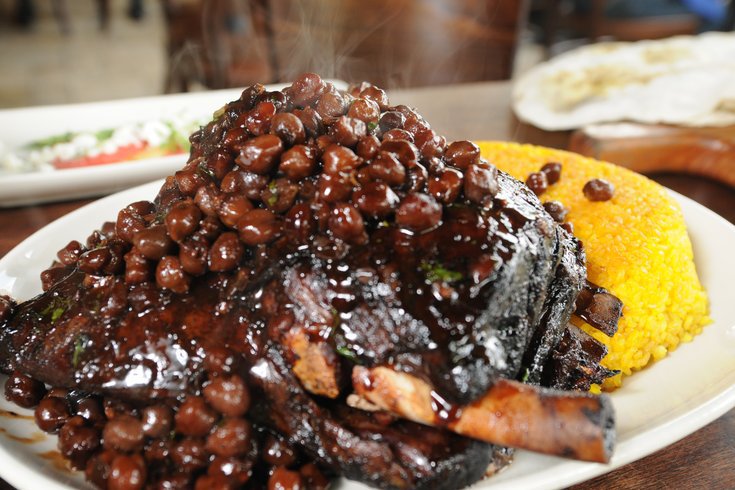 Zahav never fails to make an appearance on national restaurant lists, and with a lamb shoulder like that, it's not hard to understand why the Yelp community is itching to head back in 2021.

That last year was a bad time to dine out may be the understatement of 2020.

But as the restaurant industry begins to emerge from the worst of the coronavirus pandemic, there's hope that 2021 will see double the enthusiasm from people sick of cooking and ordering convenient takeout.

On Thursday, Yelp revealed its list of the top 100 places to eat in 2021, as determined by the Yelp community.

The eighth annual list was developed based on a request for restaurants that community members across the United States can't wait to visit.

Three Philadelphia restaurants found their way into the top 100.

Café La Maude in Northern Liberties, where owners Nathalie and Gabi Richan opened up shop in 2010, ranked No. 22. The French-Lebanese cafe specializes in Euro-style breakfast, lunch and pastries at a lively-yet-cozy space on North Fourth Street.

The next Philly restaurant on the list, at No. 32, was the Israeli restaurant Zahav. Michael Solomonov's perennial favorite has appeared on countless "best of" lists since it opened in Society Hill in 2008.

Solomonov and business partner Steven Cook lead a mini-empire of CookNSolo restaurants in Philly, from Dizengoff and Abe Fisher to the newer Lazer Wolf and the classic Federal Donuts, but Zahav has remained among the city's most in-demand places to get a table.

Zahav is still running a winter yurt village on its outdoor patio for American Express members, so getting a reservation in 2021 will be a tall order.

Royal Sushi & Izakaya just made the list at No. 100. The Queen Village restaurant is led by David Frank, Stephen Simons and the father-son sushi master duo of Matt and Jesse Ito.

What began as a pop-up at the start of the last decade finally took shape as a restaurant in 2016. Ito's skill earned him a James Beard Award nomination in the Rising Star Chef category in 2019.

Royal Sushi & Izakaya is only open for takeout at this point. A retro video game-style message at their website says the restaurant hopes to welcome guests back soon.

Philadelphia is slowly beginning to lift restrictions on indoor dining in the city, allowing restaurants to expand seating capacity to 50% if they are able to meet the health department's ventilation standards.

It's difficult to predict when indoor dining will be more widely available and safe for the public, but there are at least some burgeoning signs that a comeback is not too far in the distance.