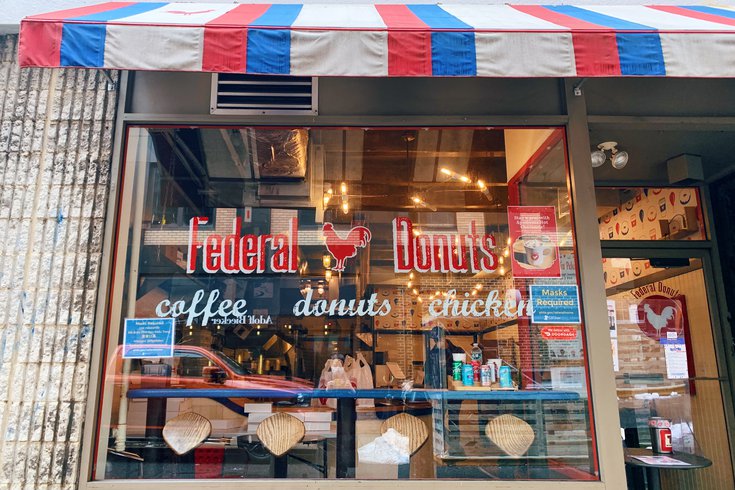 The Federal Donuts at at 1632 Sansom St. opened in 2012. It's set to close on Wednesday, Feb. 24. For its final week the store is bringing back its popular shabazi chicken.

The Federal Donuts shop in Center City at 1632 Sansom St. is set to close and move to another location.

According to the CookNSolo mini-chain, the move is due to upcoming demolition of the parking garage on the South 1600 block of Sansom Street to which its tiny store is attached. Developer Southern Land Co.'s plans are to build a 27-story residential tower on the site.

Federal Donuts will close on Wednesday, Feb. 24, and then relocate to a temporary location on Sansom that will be revealed in the coming weeks. The company is making plans for a new permanent location in Rittenhouse, also on Sansom Street, but no further details have been shared, yet.

For its final week at its current Center City location, which opened in 2012, Federal Donuts is bringing back the shabazi chicken, an item exclusive to the shop that was on the menu until 2014 and an "off menu" item for a few years after.

Shabazi is a custom spice blend of green chiles, parsley and coriander. According to Federal Donuts, it's a flavor customers often ask the shop to bring back.

Federal Donuts opened its newest store at the corner of 12th and Ludlow streets inside the Canopy by Hilton in October. There are several other locations across the city. The shops sell doughnuts, fried chicken, fries and coffee.