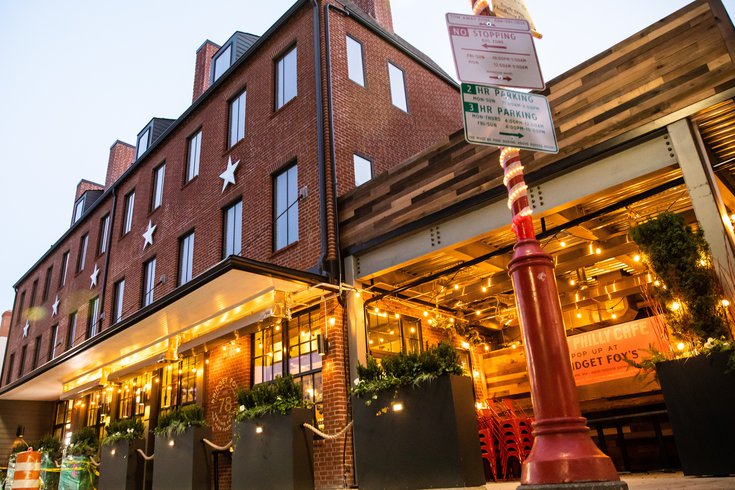 Bridget Foy's grand reopening on South Street is Friday, Feb. 12, more than three years after the longstanding Philadelphia restaurant was destroyed by a fire.

Between a raging fire and a crippling global pandemic, it wouldn't have been hard to imagine that South Street mainstay Bridget Foy's was possibly down for the count.

But more than three years after a fire devastated the beloved restaurant, Friday will mark the grand opening of the rebuilt business at 200 South Street.

"We are so thankful for all the of amazing support over the last three years and we are so excited to bring life back to our corner of South Street," said Bridget Foy, who will run the second generation restaurant with husband Paul Rodriguez. "We have missed everyone so much and we can't wait to play host again. Losing the original Bridget Foy's really helped us realize how beloved and missed we were — and we can't wait to show our appreciation and see everyone again — we have so much to catch up on."

The October 2017 fire destroyed the entire restaurant, requiring a full rebuild of the dining room, bar and outdoor patio cafe.

As of Friday, Philadelphia restaurants are permitted to expand to 50% dining capacity if they receive approval after meeting ventilation standards established by the health department. The Foys had been running the outdoor East Philly Cafe pop-up in advance of the indoor reopening, paying homage to the restaurant's original name when John Foy opened up shop in 1978.

All of the artwork in the redesigned interior was made by Bernadette Foy and Paul Rodriguez, whose work also adorns the walls of Bridget and Paul's second restaurant, Cry Baby Pasta. 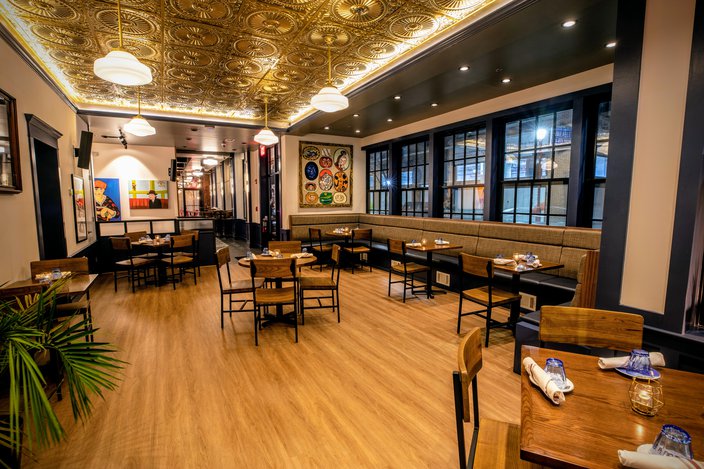 The renovated interior of Bridget Foy's. 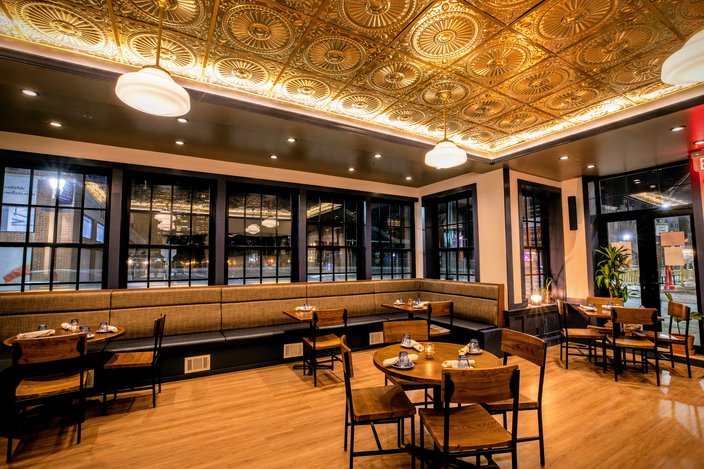 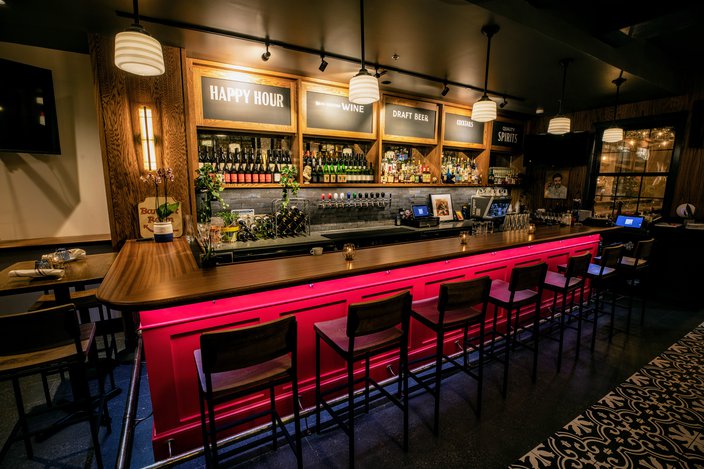 The new bar at Brigdet Foy's. 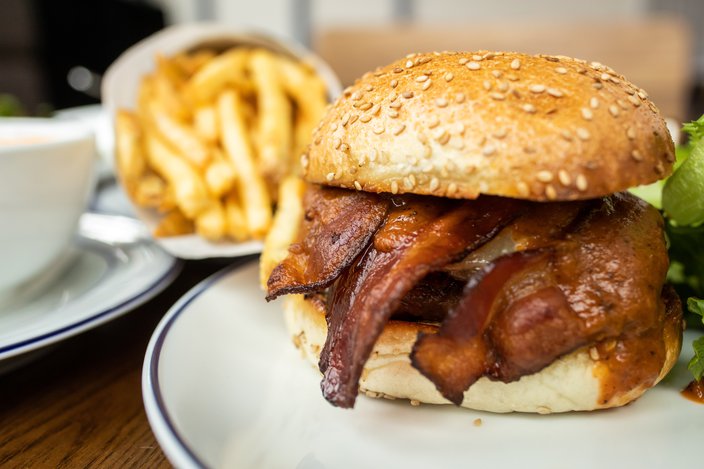 American comfort food will remain the hallmark of Bridget Foy's. 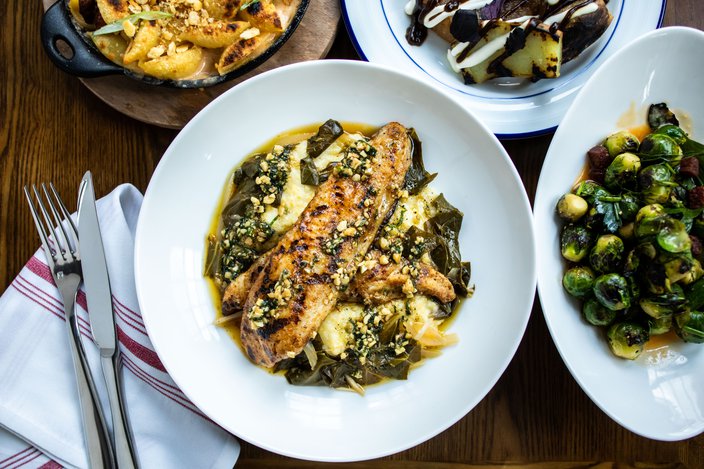 The menu at Bridget Foy's is crafted by chefs David Gilberg and Carla Goncalves.

Paul Rodriguez will lead the bar with help from top mixologist Guy Smith, together crafting a cocktail menu to go along with a selection of beers and wines.


Two giant 60-inch HD TVs will be located at the bars for sports events, movie nights and other special programming when permitted again by the health department.

A ribbon cutting ceremony will be held early Friday afternoon at the restaurant, joined by local City Councilmembers, community leaders and State Sen. Nikil Saval. The restaurant will open at 4 p.m.

Initial operating hours for Bridget Foy's will be Wednesday to Friday, 4 p.m. to 9 p.m., and Saturday and Sunday, 11 a.m. to 9 p.m. Reservations can be made using Resy and delivery will be available through DoorDash.