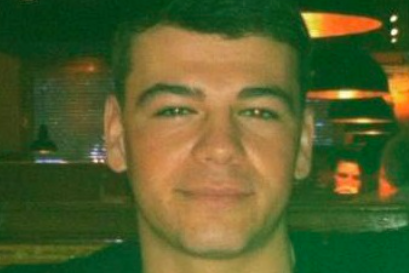 Family and friends of Michael McGinley, the Drexel student and former Malvern Prep swimming star found dead Sunday in Northern Liberties, continue to mourn the loss of a dynamic personality who shined as a water polo player in high school and anticipated a promising career in business and marketing.

McGinley, 22, was found of an apparent accidental drug overdose after spending the night at a friend's house to watch Villanova's blowout win over Oklahoma in the NCAA basketball tournament.

Friends of McGinley's went out to breakfast Sunday morning under the impression that McGinley was simply exhausted, but when they returned home they found that he was not breathing. On Tuesday, the Philadelphia medical examiner's office confirmed that he died as a result of "drug intoxication," according to NBC 10.

An obituary for McGinley notes that his prowess in the water began as early as 10 years old when he became a certified scuba diver. He went on to swim and play rugby at Malvern Prep, where he scored 81 goals in his senior season as a stout defender for the water polo team.

As a student at Drexel's LeBow College of Business, McGinley pursued interests in marketing and advertising. His LinkedIn page indicates that he last worked on the sales team for Philadelphia-based marketing firm Leadnomics. He enjoyed attending E.D.M. concerts, sharing time with his family and friends and working summers with the beach patrols at Sea Isle City and Avalon.

Drexel University informed all LeBow students of McGinley's death in an email on April 4 and expressed condolences to his family and friends. The university's Counseling Center is available to any students who may need assistance and can be reached at 215-416-3337.

McGinley's funeral service will be held Saturday afternoon at Mother of Divine Providence Church in King of Prussia. In lieu of flowers, the family has requested that memorial contributions be made in Mikey's memory to Malvern Prep Water Polo.