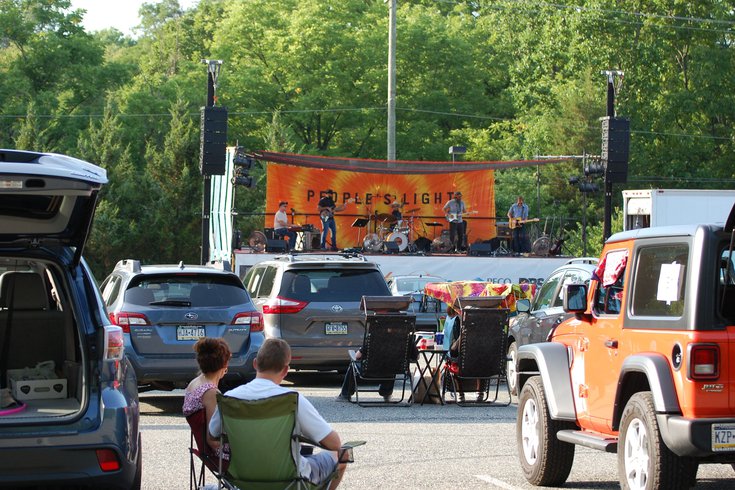 Catch a show outdoors in Malvern during this summer's drive-in concert series hosted by People's Light.

People’s Light in Malvern started a drive-in concert series last summer, giving people something to do during the pandemic.

The series proved to be popular and is back for 2021 from June through September.

Tickets for each outdoor concert are $75 per car with up to five passengers, not including children under 12.

At the drive-in, each vehicle is assigned a parking spot and adjacent space for putting out lawn chairs. Concertgoers are asked to arrive 30 minutes ahead of the show to get set up in their designated space.

The concerts will take place in the back parking lot of the People's Light campus. Musicians will perform on a raised stage at the back of the lot. Most shows will run 75-90 minutes.

The drive-in series will feature a range of bands and musicians throughout the summer. Erin McKeown, Ali Awan and The John Byrne Band are the first three acts that have been announced.

There also will be a special Folk Weekend on July 24 and July 25 with six bands performing across two days on two stages. Day passes are $175 per vehicle with up to five passengers. A Jazz Weekend also is scheduled for later in the summer.

Food and drink for the shows can be pre-ordered from the Farmhouse at People’s Light, located next door. Specific instructions will be emailed to concert ticket holders, along with a 10% discount code. The Farmhouse is also open for outdoor dining Thursday through Sunday, with live music on Thursdays at 6:30 p.m.