Drones could help save wildlife from poaching 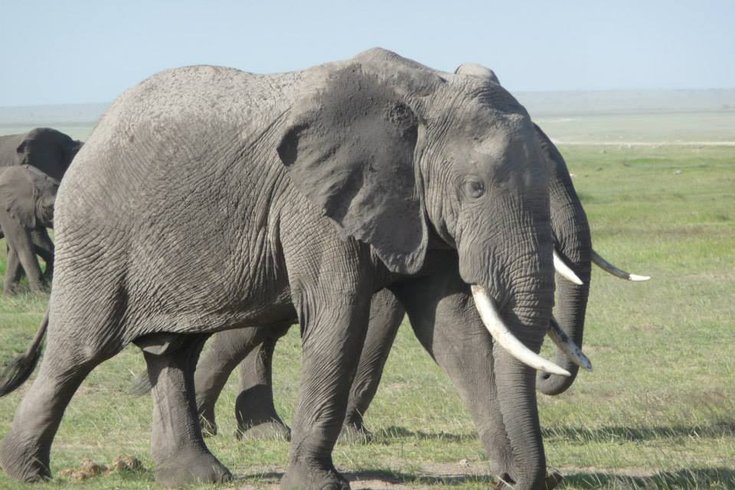 Poaching claims the lives of roughly 40,000 elephants and 1,200 rhinos each year.

Poaching continues to claim the lives of wildlife as the demand for ivory grows, but a new initiative could help combat the issue using drone surveillance.

If poaching continues at its current rate, both rhinos and elephants could be extinct within 10 years, according to Air Shepherd, an initiative backed by the environmental nonprofit Lindbergh Foundation. The organization is using drones to reduce, and hopefully eliminate, the number of poaching deaths.

China and the United States lead the countries that are driving the demand for ivory tusks, which can be worth more than $75,000 each. Hundreds of park rangers have been killed in the line of duty trying to protect animals from criminals involved in the illegal ivory trade, according to officials with Air Shepherd.

Using drones can change that.

"Poachers operate under the cover of night, and until now, rangers have not had an effective way to find them before they kill," the company explains on its IndieGogo fundraising page.

"We fly drones, unmanned aerial vehicles (UAVs) that have infrared cameras and GPS on them and can send back thermal images of animals . . . and poachers. They’re electric, silent and invisible but provide the information operators use to rapidly vector rangers to the location of the poacher before he kills."

So far, the method has proven successful. In one area where as many as 19 rhinos were killed each month, flying drones has eliminated poaching deaths entirely for six months, the organization said.

Air Shepherd teamed up with mathematicians at the University of Maryland who have developed the world’s most effective software for predicting where poachers will be each night. They've taken the pattern recognition that has been used to predict where roadside bombs would be placed in Iraq and Afghanistan and applied it to poaching.

We know exactly where to fly – with a very high probability of getting there before the poachers. There is no other capability that even comes close to this. It's the combination of carefully tested drone operations and predictive analysis that provides us with a huge advantage over any other approach to stopping poaching in Africa.