Drug-related overdose deaths increased by 23.4 percent across Pennsylvania last year, according to an annual analysis conducted by the Drug Enforcement Administration.

Philadelphia topped the state's 67 counties with a death rate of 45.93 per 100,000 people, though drug overdose deaths increased by just 10 percent.

Heroin was the most frequent drug identified in toxicology reports, appearing in nearly 55 percent of drug-related overdose decedents. The appearance of heroin or at least one other opioid was reported in about 81 percent of decedents.

The presence of heroin rose by a staggering 400 percent in Chester County while dropping by 1 percent in Philadelphia. It jumped 37 percent in Bucks County, 19 percent in Delaware County and 13 percent in Montgomery County.

The presence of cocaine in all toxicology reports jumped 41 percent from 2014, the biggest increase among illicit drugs. 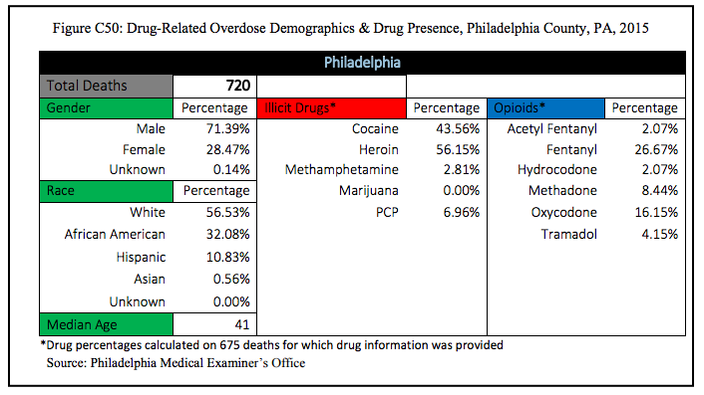 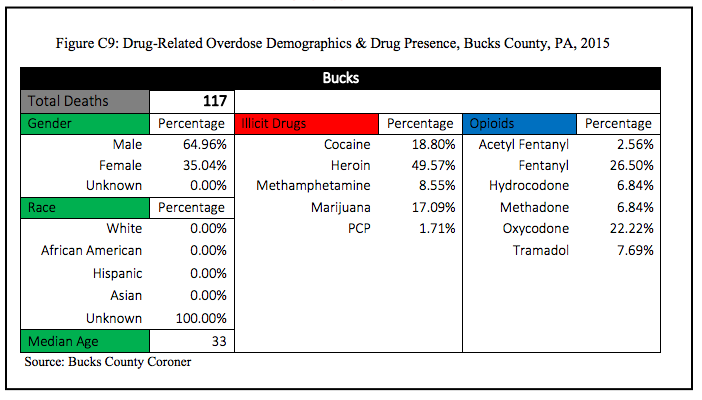 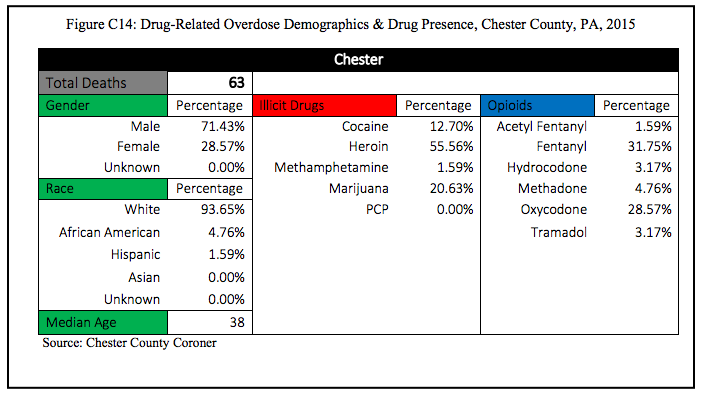 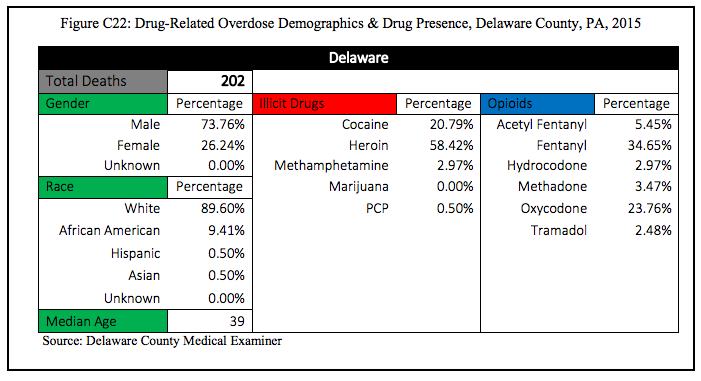 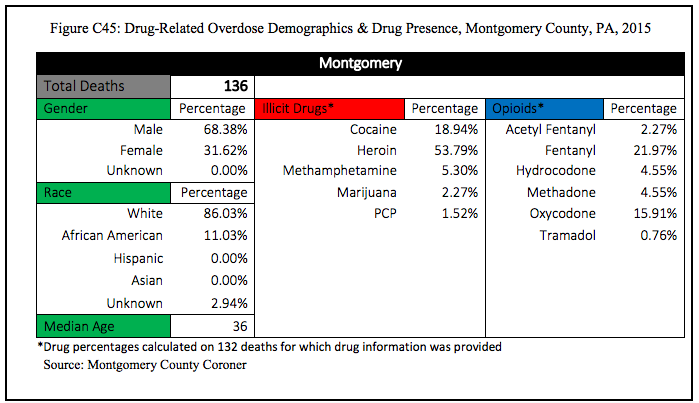