Not drinking for Dry January? These Philly bars and restaurants serve alcohol-free mocktails all month

As zero-proof libations become more popular, there are plenty of spots in the city to start the year off without booze 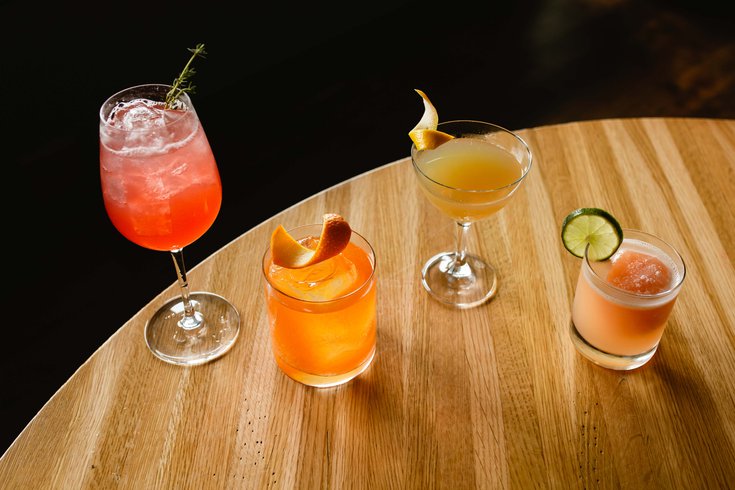 Dry January, a trendy tradition in which people abstain from alcohol for the month of January, is coming up soon. Here is a rundown of bars and restaurants in Philadelphia that are serving zero-proof mocktails and alcohol-free drinks all month long.

The start of the new year is also the start of Dry January – the practice of going alcohol-free for the month as a way to recover from the overindulgences of the holiday season and welcome in the new year with a fresh, sober perspective.

Dry January has its roots in England, where a public health campaign nearly a decade ago encouraged people to abstain from alcohol for the first month of the year. The trend has gained traction beyond the boundaries of he United Kingdom in recent years, and in January 2022, more than a third of U.S. adults took part in Dry January in 2022, an increase from the 21% of adults who participated in 2019, according to CGA, a company that analyzes research on the food and drink market.

Taking a break from alcohol will not counteract the effects of binge drinking, but the benefits of the month-long abstention may be felt for much longer, recent studies have shown. Those who observe Dry January are often less likely to drink heavily throughout the year and can benefit from improved sleep, weight loss and more energy.

A number of Philadelphia bars and restaurants have added mocktails and other non-alcoholic drinks to their menus for the month, providing plenty of options for anyone participating in Dry January. Here are some of those places in the city.

Philadelphia's "global vineyard" is kicking off Dry January with Boozeless Bottles, its first tasting of the year, on Tuesday, Jan. 10, at 6 p.m. Tickets are $50 and include food pairings, tax, gratuity and a selection of zero-proof drinks. Can't make it to the tasting event? Jet Wine Bar is serving three mocktails all month long: Cranberry Ginger Spritz, Tarragon Fizz and Fever-Tree Craft Soda.

Forsythia in Old City already has a rotating menu of mocktails and zero-proof libations for patrons. For Dry January, the restaurant is adding a handful of seasonal offerings, including the "shrub and soda of the day." There's also the PGL, made with non-alcoholic tequila, pomegranate, ginger and lime juice, or opt for an apple-fig concoction.

Rex at the Royal

Rex at the Royal is offering two alcohol-free beverages for Dry January participants: If You Got 'Em, made with cold brew coffee, smoked pear, lime, rosemary and demerara; and the Cide Eye, made with apple pie cocktail syrup, lemon, sparkling cider and a salt rim.

Red Owl Tavern, on Independence Mall, is celebrating Dry January with a winter-centric menu of mocktails made with Seedlip Spice 94, a pioneer in zero-proof spirits. Bartender Christopher Devern removed the booze from some of Red Owl Tavern's signature cocktails to build up the list of festive drinks for sober-curious patrons. Try the Holiday Cheermeister, made with Seedlip, spiced cranberry syrup, lime juice and non-alcoholic Prosecco or the Fireside Chai, made with Seedlip, chai syrup, lemon juice and hot water.

Royal Boucherie will serve a selection of mocktails and other zero-proof drinks during January. There's the Pretty in Pink made with strawberry, lime and sparkling grapefruit soda and the Lavender Bow Tie, a mix of lavender-pea flower, grapefruit and club soda. The Liz Lemon combines elderflower, rosemary syrup and lemonade. Royal Boucherie also will have zero-proof sparkling rose and a non-alcoholic IPA from Athletic Brewing Co.

Located on the 11th floor of the Kimpton Hotel Monaco in Old City, Stratus Rooftop Lounge is serving alcohol-free drinks made with Seedlip spirits. Try the Harvest Dreams, made with Seedlip 108, spiced cucumber syrup and lime juice. Or order the Currently Venting, a mx of Seedlip Spice 94, huckleberry syrup and lemon juice, topped with club soda.

Those abstaining from boozy beverages in the new year can head over to Urban Farmer in Logan Square to try some signature mocktails. Sip on the Farm Mule, made with ginger beer, lime mint syrup and bitters, or try the Pal-No-Ma, which combines grapefruit, lime, agave, sea salt and soda water. The Pomegranate Spritz is crafted with club soda, pomegranate juice, lime and rosemary, and the Orange Creamsicle blends club soda, orange juice, vanilla bean and Chantilly cream.