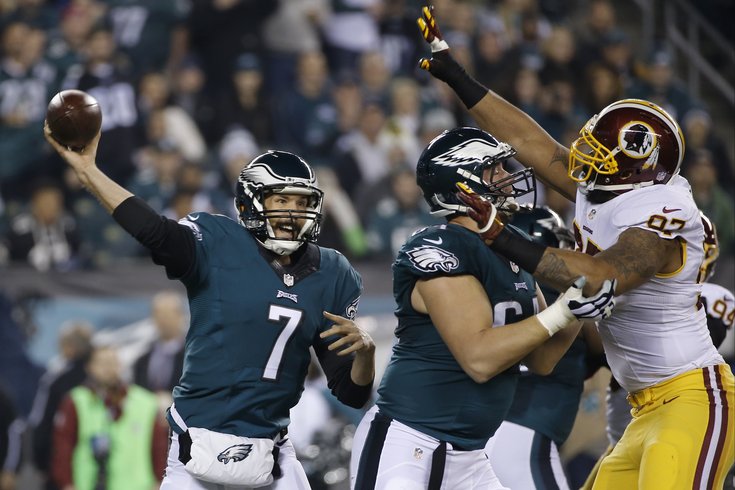 Currently, I have the Eagles going 7-9. You?

The Eagles' schedule is out, and now that we've had a chance to digest it, let's take a look an analytic look (or perhaps over-analytic look) at the advantages and disadvantages of it.

First a quick snapshot of the schedule: 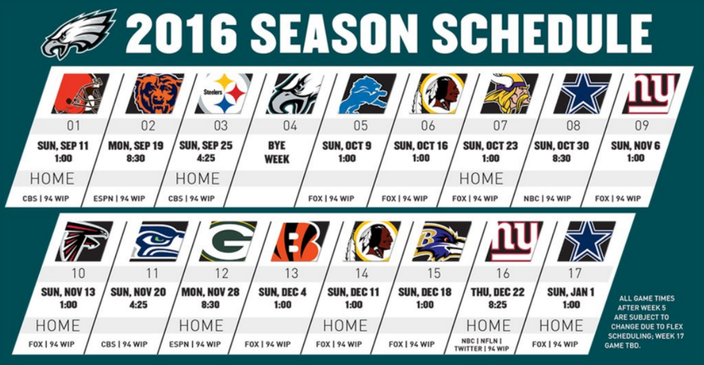 • The Eagles get two opponents right off the bat who are not expected to be good in 2016. The Browns were 3-13 in 2015, while the Bears were 6-10. There's perhaps some logic that you would prefer to face your tougher opponents later in the season, when their roster may be altered due to injuries. For example, in 2013, the Eagles faced a Green Bay team without Aaron Rodgers and a Dallas team without Tony Romo on their way to a division title.

• If the Eagles are in playoff contention heading into December, they'll have three home games, all against division rivals, in their final four games.

The Eagles are the third and final road game of those three-game stretches in both instances. That is a huge advantage. It's even more advantageous that they occur near the end of the season.

• The Eagles have a home Thursday game (vs the Giants Week 16), which are thought of as significant advantages. However, it's not as if the Giants have all that far to travel to get to Philly.

The real advantage is that the Eagles will have four more days of rest for their Week 17 finale against the Cowboys, who play on Monday night Week 16.

• The Eagles only have one long flight outside of their divisional games. That's against the Seahawks Week 11. Only five of their games will require a flight... at all.

• Ideally, teams like to get their bye week later in the season, when the grind of the season really begins to take a toll of players' bodies. The Eagles have their bye on the earliest possible week, which is Week 4.

• The Eagles will face three teams coming off their bye weeks on three consecutive weeks -- the Vikings (Week 7), the Cowboys (Week 8), and the Giants (Week 9).

• The three-game stretch in the back half of the season against the Seahawks, Packers, and Bengals is brutal. Those three teams combined for a 32-16 record in 2015.

Facing three teams coming off their bye week is excessive, however, the advantages outweigh the disadvantages, in my opinion. For the second straight year, the NFL schedule makers were kind to the Eagles.