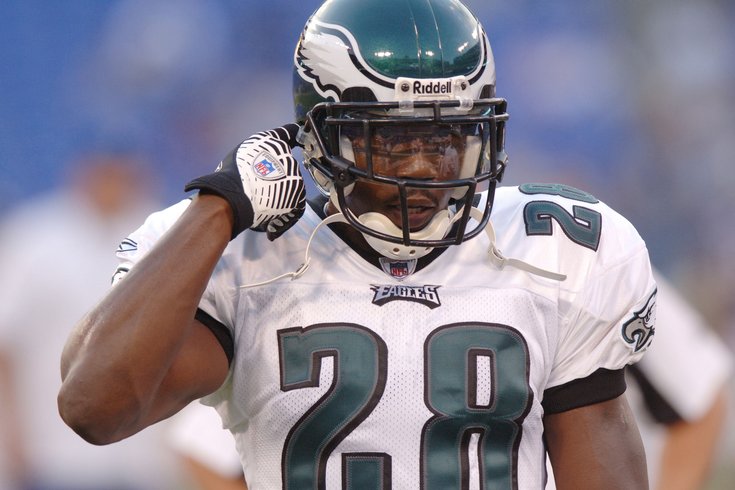 Correll Buckhalter is one of at least 10 NFL players charged with defrauding a league health benefits plan for retirees. Buckhalter, seen above in a photo from August 2006, spent eight seasons in Philadelphia during the height of the Andy Reid era, reaching five NFC Championship Games.

Former Philadelphia Eagles running back Correll Buckhalter is among 10 retired NFL players charged with defrauding the league's retiree health care benefits plan, according to a pair of indictments unsealed Thursday.

Buckhalter, 41, allegedly is among a group of former players who sought reimbursements for expensive equipment that they never purchased. They allegedly used the Gene Upshaw NFL Player Health Reimbursement Account Plan to obtain these tax-free reimbursements for out-of-pocket medical care expenses.

"As a result of the fraud, more than $3.9 million in phony claims were submitted to the Plan, and the Plan paid out approximately $3.4 million on those claims between mid-2017 and mid-2018," said Assistant Attorney General Brian Benczkowski, of the criminal division of the U.S. Department of Justice.

The indictment further alleges that the ringleaders of the fraud recruited other eligible former NFL players to participate in the scheme.

Equipment noted in the fraudulent claims, typically in the range of $40,000 to $50,000 each, included hyperbaric oxygen chambers, ultrasound machines and electromagnetic therapy devices designed for use on horses, according to prosecutors.

The fraud was first reported by Cigna when it detected unusual claims and refused to pay them.

The list of players named in the indictments include the following:

Buckhalter was selected by the Eagles in the fourth round of the 2001 NFL draft and spent eight seasons in Philadelphia. He played his final two seasons in Denver before retiring at the end of the 2010 season.

The Gene Upshaw NFL Player Health Reimbursement Account Plan was established in 2006 as part of the collective bargaining agreement between the NFL and NFL Players' Association.