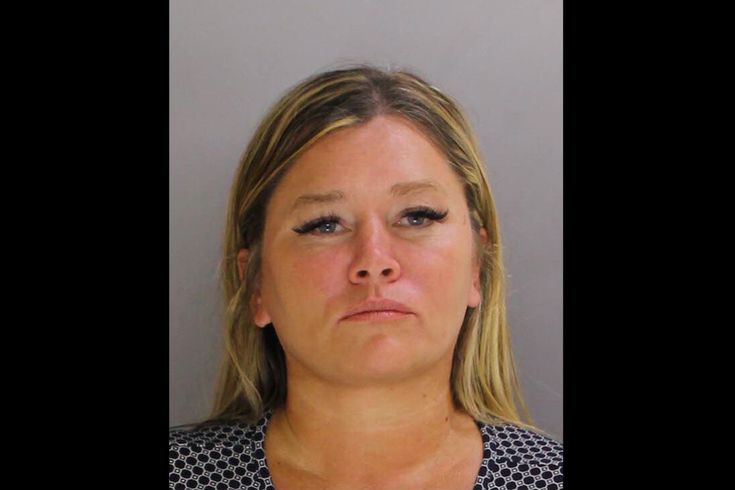 Lisa Moore, 46, of Kennett Township, Chester County, allegedly stole more than $3 million in public funds while working as the township manager. Authorities say she spent the money on luxury travel and goods, as well as family and friends.

The longtime manager of Kennett Township allegedly embezzled more $3 million in public funds that were spent on luxury goods and travel, according to Chester County prosecutors.

Lisa Moore, 46, was charged Tuesday with felony theft, forgery, computer crimes and related offenses. Investigators said the alleged scheme was multifaceted and unfolded over a period of six years.

Moore joined Kennett Township in 1997, working her way up the ladder until she was promoted to township manager in 2010. The position gave her direct oversight and access to virtually all of the township's financial operations.

Kennett Township police became aware of Moore's alleged crimes in April, when a tip from the Captial One Fraud Department uncovered questionable money transfers. Moore was on vacation in France at the time Chester County detectives began investigating her.

In many instances, Moore allegedly transferred money directly to her accounts without recording any disbursements from township funds. At times, she would also pay herself and then record the expenditures as payments to routine vendors of the township.

A township credit card issued in her name was found to have approximately $696,000 in unauthorized purchases.

Despite having an annual salary in the range of $120,000-$130,000, Moore allegedly raised her pay as high as $295,000 by fraudulently logging overtime, according to a criminal complaint.

For certain payments, the township requires two signatures for the authorization of checks. In these instances, Moore allegedly used a stamp of an elected township supervisor to forge the second signature.

At one point, Moore even pretended she was married in order to steal about $50,000 in medical benefits, according to prosecutors.

Records showed the stolen funds were used to book trips to Italy, France and Las Vegas. Moore also spent money on friends and family, and shopped for herself at boutique stores such as Michael Kors, Gucci, Chanel and several high-priced jewelers.

"This case is all about greed," said Chester County District Attorney Tom Hogan. "The defendant was well-compensated, with an annual salary of over $100,000. But she decided to live the high life, funded by the taxpayers of Kennett Township. There is no excuse for such a blatant abuse of a position of trust."

When Moore learned she was under investigation in 2019, she allegedly created a false document dated to 2012 stating she was owned more than 10,000 hours of sick/vacation time and 3,000 hours of comp time.

Prosecutors said Moore's alleged theft escalated over the course of her time as township manager. The $141,000 she allegedly stole in 2012 rose to approximately $410,000 in 2018, her last full year of employment. She was removed from her position when the township learned of the investigation.

"This case is a reminder that a determined insider can always find a way to steal, using their knowledge of internal procedures and policies," Hogan added.