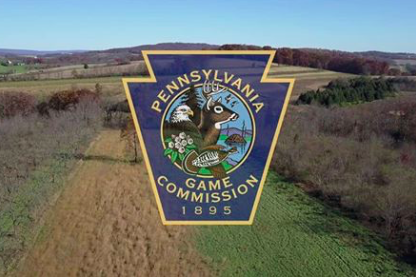 The Pennsylvania Game Commission is investigating disturbing footage of two teenagers in Brookville who filmed themselves abusing an injured buck during a hunt in the woods.

The two teenagers implicated in the abuse of a wounded deer in northwestern Pennsylvania will not receive favoritism despite one being the stepson of a nearby town's police chief, Brookville's city solicitor said.

National outrage followed the publication of a video in which two Brookville teens were seen abusing a buck in the woods in Jefferson County. As one of the teens filmed, the other repeatedly kicked the animal in the face.

One of the two teens, identified as 18-year-old Alex Smith, is the stepson of Brookville police chief Vince Markle.

Although the incident occurred near Brookville, the case is not in the town's jurisdiction.The investigation is under the purview of the Pennsylvania Game Commission and the Jefferson County District Attorney's Office.

Brookville solicitor James Dennison told PennLive that Markle, who does not live with Smith, was "absolutely sick" when he identified his stepson as one of the individuals in the 30-second video.

A pair of Change.org petitions have called for the teens to be harshly punished, including full criminal prosecution and a lifetime hunting ban in Pennsylvania.

Dennison said that Brookville authorities will not seek any preferential treatment for the teens.

Under the U.S. Preventing Animal Cruelty & Torture Act, individuals can face federal prosecution for crushing, burning, drowning, suffocating or impaling animals or sexually exploiting them. It's not clear whether the incident in Pennsylvania would meet that standard.

Pennsylvania's animal cruelty laws, strengthened in 2017 with the signing of Libre's Law, could also potentially be applied in the case.

Dennison said the second teen in the video, a 16-year-old, is the son of restaurant owners in Brookville. Their business, Devil's BBQ, has received threats since the video surfaced on social media. Local police have provided added surveillance for the restaurant, which also has received a flood of negative reviews on various business pages.