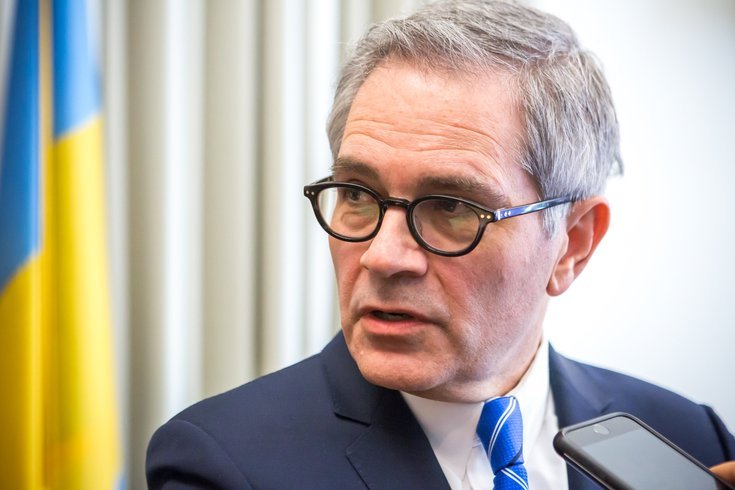 Philadelphia District Attorney Larry Krasner has endorsed Eilzabeth Warren for president. At a speaking event Tuesday night at the University of Pennsylvania, the progressive prosecutor took at aim at Democratic competitor and current frontrunner Joe Biden.

The progressive DA, speaking at an event hosted by Penn Democrats, talked about the 2020 election and suggested Biden was an example of the party's failed moderate strategy, according to The Daily Pennsylvanian.

Krasner specifically questioned the intelligence of Biden, who has close ties to the Ivy League school and established the Penn Biden Center in Washington, D.C., a few years ago.

"The stuff that comes out of (Biden's) mouth is so dumb," Krasner reportedly said. "And yet, what does the Democratic Party do? 'Oh, he's electable!' We got the dumbest guy!"

Earlier in the fall, Krasner endorsed Massachusetts Sen. Elizabeth Warren for president, calling her "principled" and "unrelenting" in her pursuit of economic justice. He said those commitments would clearly carry over to criminal justice, an area where Biden's record has been impugned for his role in crafting the controversial 1994 crime bill.

Ironically, Krasner has faced criticism for endorsing Warren over Bernie Sanders, whom he previously said would have defeated Donald Trump had he received the Democratic nomination in 2016.

Heading into a primary rush of nominating contests in 2020, a Reuters/Ipsos opinion poll currently has Biden atop the Democratic candidates with 19% support, followed by Bernie Sanders with 14% and Elizabeth Warren with 9%.