The exchange took place Thursday in Iowa, about eight weeks before the state's primary 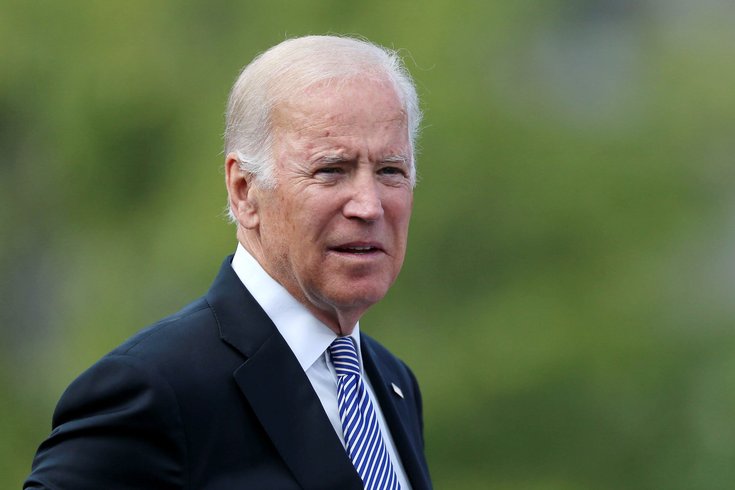 Joe Biden called a prospective voter "a damn liar" when the man pressed Biden on his at a stop on Biden's "No Malarkey" tour, and challenged him to both a push-up contest and an IQ test.

Joe Biden called a prospective voter "a damn liar" in Iowa on Thursday, when the man pressed him about his son's job with a Ukrainian energy company. The confrontation occurred during a stop on Biden's "No Malarkey" tour and escalated to Biden, 77, challenging the man to both a push-up contest and an IQ test – apparently a reaction to separate question about Biden's age and fitness for the presidency.

Biden, the former Delaware senator and a Pennsylvania native, was accused by the unidentified man in the audience of helping his son, Hunter Biden, land a job for which he was not qualified as a way to sell access to President Barack Obama during Biden's time as vice president.

Biden, 77, struck back pointedly at this assertion:

WATCH: A tense exchange with a voter at ⁦@JoeBiden⁩’s event in New Hampton, IA this morning, where a voter started out by telling Biden he had two problems with him: he was too old, and his son’s work in Ukraine pic.twitter.com/ok7m0ShFPd

Here's a transcribed portion of the back-and-forth:

BIDEN: "You see it on the TV. I know you do. And, by the way, that's why I'm not secretary. ..."The reason I'm running is because I've been around a long time, and I know more than most people know. And I get things done. That's why I'm running. If you want to check my shape, let's do push-ups together. Let's run. Let's do whatever you want to do. Let's take an IQ test."

It's unclear, from the video, what part of the man's comments prompted Biden to mention his physical and mental fitness, though it seems the man may have said off-camera that Biden was too old to be president:

“You’re a damn liar” Biden tells a New Hampton Iowan at a town hall who said Biden “sent” his son to work in Ukraine at Burisma.

Biden then angrily told him to get his facts right and, because the man said he was too old, challenged him to a push-up contest or an IQ test

President Donald Trump, whose phone calls with Ukrainian President Volodymyr Zelensky have been the focal point of the House of Representatives' ongoing impeachment inquiry, has accused Biden of improperly attempting to help his son earn a job with Ukrainian energy company Burisma.

Trump's allegations about Biden have not been proven and are regarded as a conspiracy theory. According to Reuters, Biden was regarded as a "helpful non-executive director" during his five-year stint with the company.