Chester County D.A. Thomas Hogan said the company attempted to conceal its activity through a 'maze' of LLCs and payments 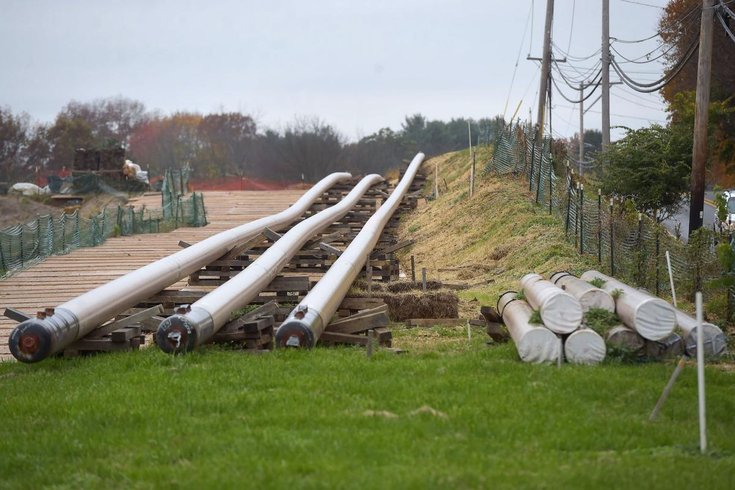 Multiple state constables were seen at pipeline construction sites, according to an investigation by Hogan's office, where they were hired as security personnel and were wearing constable attire, while armed and displaying constable badges.

Pennsylvania constables are barred from using their elected positions or badges to gain private security work, per Hogan's office.

"This is a pretty simple case. State Constables sold their badges and official authority. Energy Transfer bought those badges and authority, then used them as a weapon to intimidate citizens. And the defendants attempted to conceal their activity through a maze of companies and payments. Meanwhile, new sinkholes are popping up along the Mariner East Pipeline. And still, the governor remains asleep at the wheel."

Earlier this month, the FBI reportedly opened a corruption investigation into Pennsylvania Gov. Tom Wolf's administration and its approval of construction permits for the Mariner East pipeline projects.

Recknagel is accused of using a pair of security firm companies, Pennsylvania-based TigerSwan LLC and Raven Knights LLC, to pay state constables "off shore," hiding payments to the constables, despite Raven Knights not being involved in providing security, according to Hogan's office.

The constables involved in providing security also allegedly failed to disclose the payments in their respective Pennsylvania Ethics Statements, according to Hogan's office, which is illegal.

"Recknagel and Energy Transfer wanted the power of the badge to enforce their corporate will and engaged in illegal activity to make it happen," Hogan's office said in a release Tuesday, "then hid the payments in a byzantine process to avoid detection of their role."

TigerSwan and Energy Transfer were accused by the North Dakota Private Investigation and Security Board in 2017 of organizing illegal security measures around the contentious Dakota Access Pipeline in North Dakota.