Suhail Gillard, 18, was planning to attend West Virginia State University after his graduation 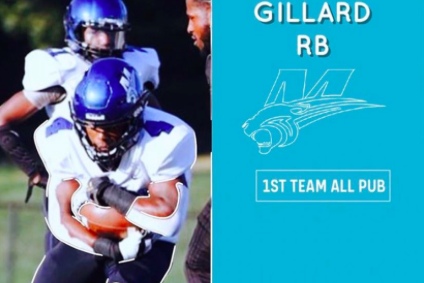 A talented Philadelphia athlete preparing to graduate from Mastery Charter North with a football scholarship was fatally shot Sunday night in Overbrook, according to Philadelphia police.

Suhail Gillard, 18, was a three-time All-Public League running back for the Pumas who had accepted an offer to West Virginia State University.

I am blessed to say I recieved and offer from West Virginia State University!! Thank you. @qwil35 pic.twitter.com/JXnhUA2DB8

Authorities responded to the 1100 block of North 63rd Street around 5:23 p.m. Sunday afternoon for a report of a person with a gun.

When police arrived, they found Gillard suffering from a gunshot wound to the chest. He was transported by police to Lankenau Medical Center in Lower Merion, where he was pronounced dead shortly after 9 p.m.

No arrests were made and the investigation remains ongoing with the homicide unit, police said.

RIP @gillard_suhail 🕊🙏🏾,someone took away a great kid and athlete, please keep his twin brother, family, coaches and teammates in your prayers. #Agent4 pic.twitter.com/TGrL6GUkBG

I lost my brother yesterday, we had big plans of playing in college and going to the league. We would push each other to be the best we can be. This will forever take a toll on me. I love you bro LLSu4 @gillard_suhail 💔 pic.twitter.com/Ag4W6ZzRKn

Suhail Gillard You pushed me to be a better coach! Thank You!! You would look at me and say " I got you coach" when you scored you would say " that was for you coach" you lead the pumas. You gave us everything you… https://t.co/dXRDFVlngA