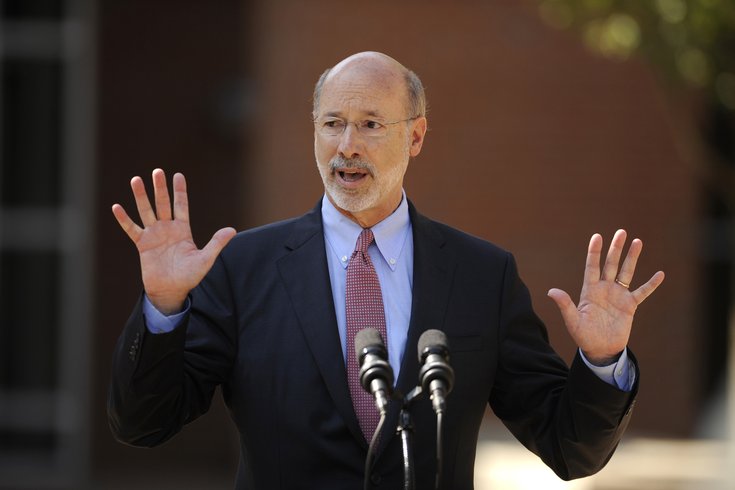 The FBI has reportedly opened a corruption investigation into Pennsylvania Gov. Tom Wolf's administration, and its approval of construction permits for the contentious Mariner East pipeline projects, according to the Associated Press.

The FBI reportedly has opened a corruption investigation into Pennsylvania Gov. Tom Wolf's administration and its approval of construction permits for the contentious Mariner East pipeline projects, according to the Associated Press.

FBI agents have spoken to current and former state employees about the project and permits, per the AP:

Pennsylvania's Department of Environmental Protection halted construction permits for Energy Transfer, the company behind the Mariner East pipelines, in early February. In a statement at the time, Wolf said Energy Transfer failed to respect the state's laws and communities.

“This is not how we strive to do business in Pennsylvania, and it will not be tolerated,” Wolf said then.

The governor also has voiced his support for the projects in the past, according to the AP, citing the economic benefits to the state.

A spokesperson for Energy Transfer told the AP on Tuesday that the company hasn't been contracted by the FBI about the Mariner East projects.

A Wolf administration spokesperson and the chief federal prosecutor in Harrisburg both declined to comment to the AP.

Sam Rubin, an organizer with national environmental organization Food & Water Action, said in September that the pipelines have "wreaked havoc" and their danger will "only grow over time.

"The only solution is an immediate halt to this madness," Rubin said, "and the governor is the only person with the power, and the responsibility, to do so.”