The famous disc jockey, full name Eric Barrier, has been in jail since turning himself in last month 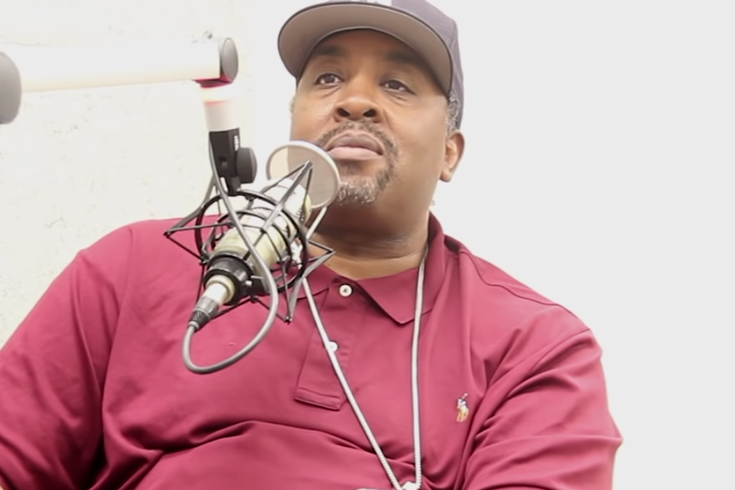 Eric Barrier, one half of the legendary hip-hop duo Eric B. & Rakim and current actor on CBS's "Blue Bloods," is currently in jail in New Jersey because of a 17-year-old warrant.

Eric Barrier, one half of the legendary hip-hop duo Eric B. & Rakim and current actor on CBS's "Blue Bloods," has been in jail in New Jersey for weeks because of a 17-year-old warrant.

Barrier, who turned 56 years old while in custody on Nov. 8, has been at the Bergen County Jail since Oct. 28, according to NJ.com, because a New Jersey court issued a warrant for his arrest in 2002 after he skipped a court date.

Barrier pleaded guilty in January 2002 to aggravated assault and resisting arrest during an incident in Bergen County's Ridgefield Park area, according to NJ.com.

Barrier's former attorney, Paul Bergrin, had told Barrier that he would not need to appear at the March 2002 sentencing date, according to Patrick Toscano, Barrier's current attorney.

Bergrin is currently in prison, having been convicted in federal court on 23 counts, including murder in 2013.

Barrier hadn't received notice from the court about missing his sentencing date despite the lengthy period of time between the warrant and his arrest, Toscano told NJ.com. Barrier first heard of the warrant when he was questioned by Vermont state police in October, Toscano said.

Barrier, a New York native, released his seminal debut album, "Paid in Full," with MC Rakim in 1987. The album went platinum and the duo released three more well-received studio albums by 1992 before splitting up. Barrier was one of the first hip-hop producers to bring sampling to the genre's forefront.

Last month, just weeks before he turned himself in, Barrier landed a role on CBS's popular police show "Blue Bloods." He made his debut in an Oct. 18 episode:

Shoutout to @_BrianBurns for crafting his role into a guy just like him — a wise and experienced vet in the game, offering sage advice to an old friend! #legend @BlueBloods_CBS pic.twitter.com/rVNe4UA3im

According to Rakim's Twitter account, on which he wished Barrier an early happy birthday on Nov. 7, it would seem even his former music partner didn't know that Barrier was in jail:

Tomorrow is the President’s birthday. Happy Birthday @EricB. You epitomize hip hop fashion and have transcended trends with cutting edge luxury intertwined with affluent patterns. You are a forefather of the DJ evolution, a master scratcher and sample user extraordinaire. Salute!

Toscano told NJ.com he believes keeping Barrier in jail until his next court appearance would be "draconian and unfair," and has filed for a bail hearing.