The latest snag in the troubled pipeline construction project didn't cause any injuries, but raised more concerns 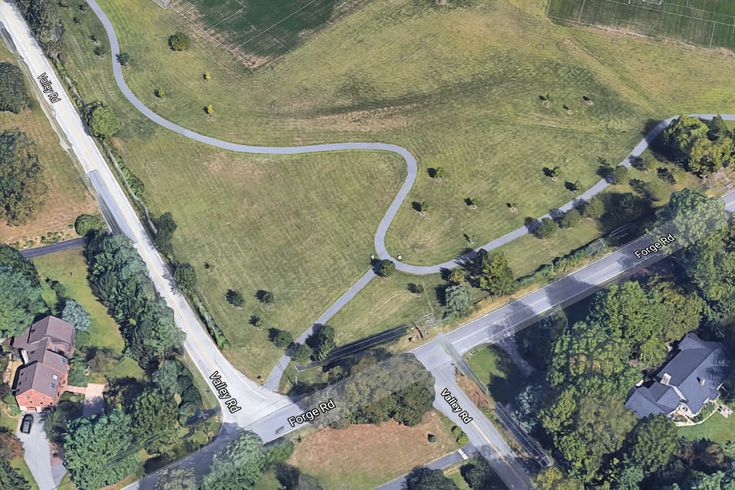 The intersection in Middletown Township where a sinkhole opened up Friday along the Mariner East 2 pipeline construction.

The beleaguered Mariner East 2 pipeline saw another sinkhole open up Friday along the line, which transports natural gas across the state, in Delaware County.

The Pennsylvania Public Utility Commission confirmed the sinkhole Friday, and said a safety investigation has been launched to learn more about the situation. The sinkhole occurred in Middletown Township, the PUC said, which marks the second sinkhole along a Mariner East pipeline in Middletown this calendar year: in April, a different sinkhole opened in the township.

The hole which opened Friday is roughly five feet by eight feet, according to State Impact PA, and is located near a park where children play on soccer fields.

No injuries or leaks were reported, according to the PUC, but the latest in a long line of sinkholes and stoppages along the construction of the pipelines, which are owned by Sunoco's Energy Transfer, raised more questions about the projects' safety.

“How many more disasters will it take for Governor Wolf to stand up and protect Pennsylvanians from Sunoco reckless destruction of their communities?" Sam Rubin, an organizer with national environmental organization Food & Water Action, said in a release Friday. "The Mariner East pipelines have already wreaked havoc, and that danger will only grow over time. The only solution is an immediate halt to this madness, and the governor is the only person with the power, and the responsibility, to do so.”

Pennsylvania Gov. Tom Wolf said at the time that the company had failed to respect the state's laws and communities, after a pipeline exploded in western Pennsylvania last September, and a separate pipeline operated by Sunoco leaked 33,000 gallons of gasoline into Darby Creek near Philadelphia International Airport.

A sinkhole also opened at an old Mariner East 1 pipeline site in Chester County this past January.