It's unclear how the blaze ignited, but images from the scene show the house almost entirely decimated 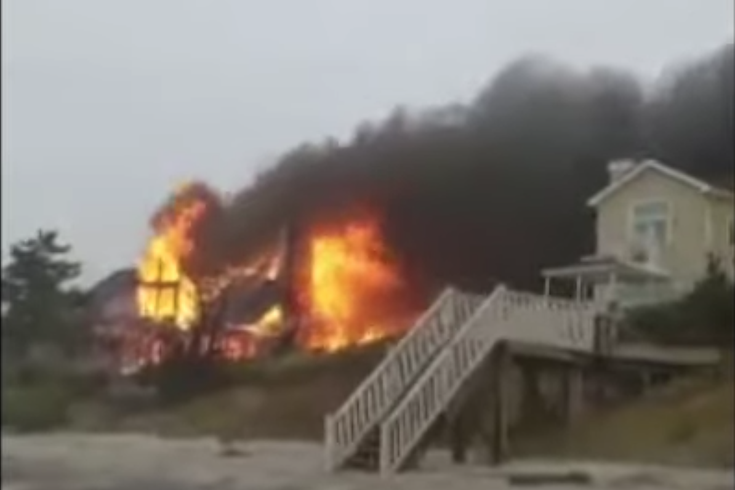 Firefighters responded Tuesday to a two-alarm fire at a house in the Villas area of Cape May County. The Delaware Bay-facing house appeared to be nearly entirely decimated.

Firefighters responded Tuesday to a two-alarm fire at a house in the Villas area of Cape May County.

The Villas Fire Department was notified just after 11 a.m. about a fire at a waterfront house facing the Delaware Bay, according to the Wildwood Video Archive.

Smoke from the fire could be seen from blocks away, per the Philly Fire News Facebook account:

One Wildwood Crest resident captured a video of the ongoing blaze:

And here's another view of the scene, from a Cape May resident:

The videos show smoke and flames billowing towards land, driven by powerful winds. According to Accuweather's forecast, Cape May saw wind gusts of up to 20 mph on Tuesday.

It's currently unclear what started the fire. No one was home when it ignited, according to authorities.

Villas is home to an about 8,895 residents, according to the U.S. Census Bureau's most recently available data.