Eagles cut three players to get back to 53; sign five to practice squad 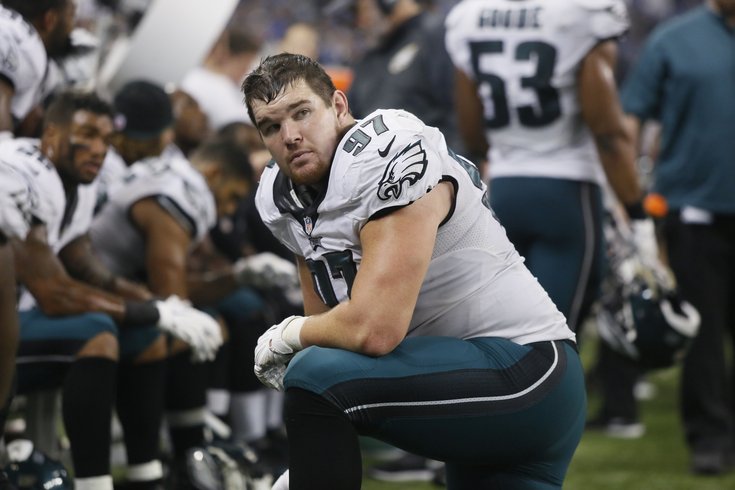 Taylor Hart's career with the Eagles could be coming to a close.

Earlier today, the Eagles claimed three players off of waivers, which brought their roster total to 56, and so, they had to made three cuts to get back down to 53.

• Turner had a strong training camp, followed by a preseason performance in which he led the NFL in receptions. However, Turner is short and not particularly fast, so his physical limitations put him at risk to be cut even after making the initial 53-man roster. Taking Turner's place on the roster at WR will be waiver claim Bryce Treggs, who was in the 49ers' camp this offseason.

• Hart was a fifth round pick of the Eagles in the 2014 NFL Draft. He was selected for his ability to play as a two-gapping DE in the Eagles' 3-4 scheme. With the Eagles moving to a 4-3 attack-style defense, many (myself included) assumed Hart would be a poor fit for the Eagles new scheme. However, he played well in training camp and the preseason games. Hart was reportedly on the trading block, but it appears the Eagles did not find any suitors.

• Smith came on late in camp, and also played well in the preseason games, showing good ball skills from his corner spot.

Turner, Hart, and Smith all have practice squad eligibility.

• Greene was the highest paid undrafted free agent in the NFL, and thus all but guaranteed a spot on at least the practice squad.

• Johnson had good speed, which is why the Eagles wanted him, but he missed a significant portion of camp with a quad injury.

• Marshall is a versatile back with experience at wide receiver. The Eagles liked his receiving ability out of the backfield.

• Shittu had a solid camp and stood out in the fourth preseason game, but it wasn't enough to crack the 53-man roster at a very crowded DT spot.

• Watford is a former quarterback who moved to wide receiver. He struggled with drops at times, but improved as the preseason wore on. He could serve a purpose as a scout team quarterback mimicking an opposing mobile QB, like Robert Griffin III, for example.

The Eagles have five spots remaining on their practice squad.