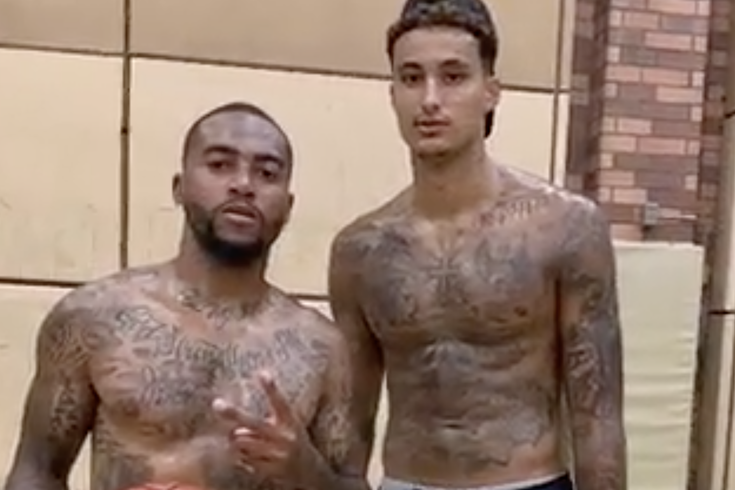 The Philadelphia Eagles are less than two weeks away from the start of training camp, where a much-improved roster will begin another push for the Lombardi Trophy.

A key piece of the Eagles' 2019-20 plans is out in Los Angeles enjoying the summer by shooting hoops with a rising NBA talent.

DeSean Jackson joined Los Angeles Lakers forward Kyle Kuzma for a pair of workouts — one on the court and one on the football field.

Video of the workout shows Jackson and Kuzma each draining successive (albeit edited) shots.

In a separate set of Instagram posts, Jackson said he was working with Kuzma on the field to help the NBA player improve his speed.

The Lakers overhauled their roster this summer by pairing LeBron James and Anthony Davis with Kuzma as the team's third option, giving him a leap in responsibility in a city with high expectations.

If this pays off for Kuzma and Jackson has a nice shooting touch, maybe he should work out with Ben Simmons at some point. It can only get better from here, not worse.