Week 1 NFL predictions roundup: What the experts think will happen in Eagles-Falcons 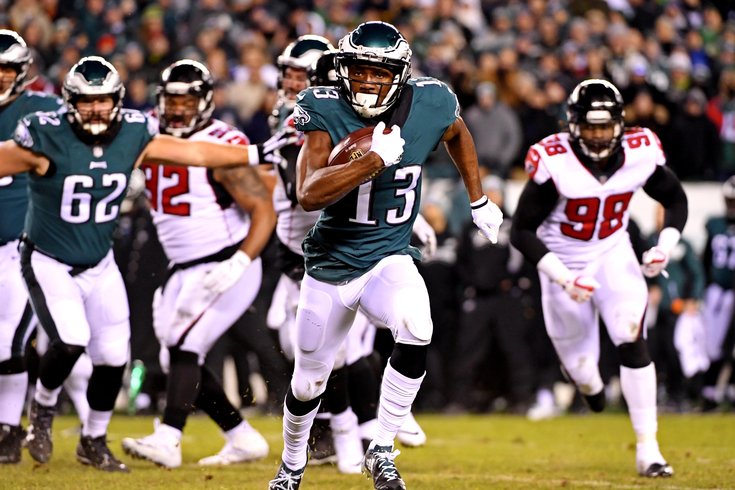 You saw what Jimmy Kempski, our Eagles writer, had to say about Week 1's games, and how the PhillyVoice sports staff sees the Birds tilt against the Falcons playing out, as well as where The Philly Godfather thinks you should be laying your money.

Now lets go around the horn and take a brief look at what the experts at the big media outlets are saying about Philadelphia and Atlanta:

And here's what a few had to say more in depth as they broke down the match up:

2. Preseason struggles. Nick Foles will start at quarterback after some troubling struggles in his the two preseason games he participated in. He's a momentum quarterback, and doesn't have the same momentum he did in the postseason.

3. The Falcons are good. Atlanta returns most of its talented roster and even added another weapon (WR Calvin Ridley) on offense. Not an ideal Week 1 opponent for a team that hasn't practiced with its full offense since February. Despite all of that ... haven't we learned our lesson? Despite all of those issues, and even without some of those players, this is still possibly the most talented roster in the NFL, Foles has bounced back from struggles before and the Eagles defense could be dominant out of the gate.  [nj.com]

There's no shortage of motivation for either team in the kickoff to the new season. The Eagles want to defend what they won and prove they’re no one-year wonder. The Falcons want to be the home team in Super Bowl 53. They also want to avenge their elimination in last year’s divisional round in Philly, sealed by a late goal-line stand punctuated by some questionable play-calling. Nick Foles starts this game, as he started that one and every postseason game last year. He did not have a good preseason, which may or may not mean anything. The Eagles defense, retooled (this is Michael Bennett’s debut), likely will make it all moot.  [sportingnews.com]

Wentz expects to make his return from a torn ACL and LCL against the Falcons. Whether that comes to fruition or not, there should be enough energy inside Lincoln Financial Field on the night they raise the championship banner to carry the Eagles past last season's divisional opponent.  [espn.com]

Let's be real: The Falcons should have won in the playoffs last year. And this team is better, while the Eagles are dealing with a ton of injuries, including quarterback, which is why Nick Foles will start. Winning on the road in a Thursday night opener won't be easy, but Atlanta will take it.  [cbssports.com]