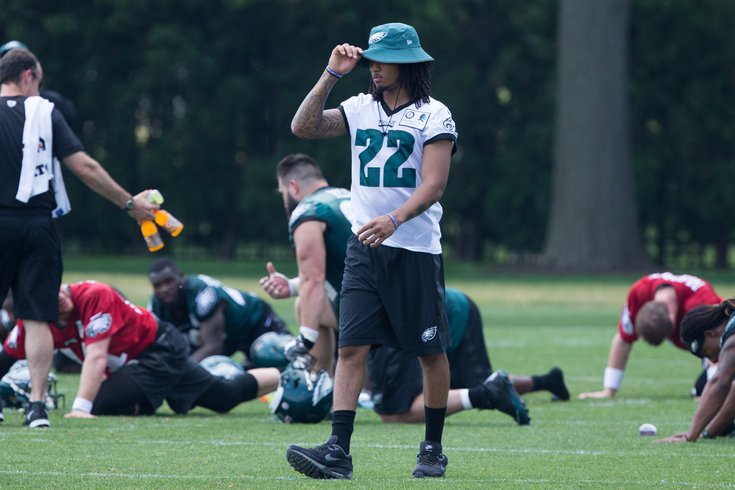 As we draw closer to the end of Philadelphia Eagles training camp and the start of the 2020 regular season, it's worth a reminder that Howie Roseman has made at least one trade (26 in total) from the time training camp has started (or close enough) until their first game of the season was played, in every season that he has been the team's GM.

Roseman has just 16 days until the start of the regular season to keep that streak alive. Now that we are almost a couple of weeks into training camp and have a better idea of where the Birds and thin and where they have excess depth, let's propose the five players most likely to be dealt in the next two weeks.

Why the Eagles would trade him: When the Eagles drafted Jones in the second round of the 2017 NFL Draft, they thought they were getting a first-round talent, but would only have to be a little patient while he recovered from a ruptured Achilles.

Why some other team could have interest: Jones has inside-outside versatility, and he did flash at times last season, including two huge fourth down pass breakups that sealed wins against the Giants and Cowboys. A change of scenery could perhaps invigorate him.

Why the Eagles would trade him: After a dicey start to camp, Douglas has played much better lately, but he remains ill-fitted for Schwartz's defensive scheme, as he simply cannot run with speedy receivers down the field.

Why some other team could have interest: Douglas has some ball skills, and is a physical tackler. Corners like Richard Sherman and Josh Norman have found success in certain schemes in their careers, despite a lack of speed, and Douglas could benefit playing a similar style of corner. To be clear, we're not comparing Douglas to Richard Sherman, but he could have more success in a scheme that isn't dependent on a lot of single-high man coverage.

Why the Eagles would trade him: Well, I would. I'm not certain they would. Mailata has been developing behind the scenes for two full NFL seasons, and now a third training camp. While he has shown "flashes," as Doug Pederson noted on Tuesday, the light just hasn't gone on yet, and trusting him to play in a real regular season game still feels a little far-fetched at this stage.

In both 2018 and 2019, the Eagles only made five draft selections, so it was easier to allocate a "never going to play" roster spot to Mailata. This year, after making 10 picks (including two on offensive tackles Prince Tega Wanogho and Jack Driscoll), fitting Mailata on the roster as a weekly inactive on game day becomes far more difficult. Something has to give.

Why some other team could have interest: Got a roster with 48 guys you really like, and you're reluctantly keeping five or so players who wouldn't sniff the 53 on a deeper team? Well, how about taking a crack at developing a size-athleticism freak at a premium position for a year, and see what happens?

Why the Eagles would trade him: Again, the numbers crunch along the O-line is tricky. I would put guys like Matt Pryor and Nate Herbig ahead of Opeta at backup guard, which means there probably isn't a roster spot available.

Why some other team could have interest: The Dolphins had interest last year, when they tried to poach Opeta off of the Eagles' practice squad, causing Roseman to promote Opeta to the active 53. If the Dolphins presumably liked Opeta's preseason tape enough to claim him with an eye toward developing him in 2020 and beyond, perhaps another team will like him as well.

Why the Eagles would trade him: Joe Ostman and Casey Toohill have both clearly made better arguments to make the team over Miller in camp, and it's not as if the Eagles are going to keep seven DEs.