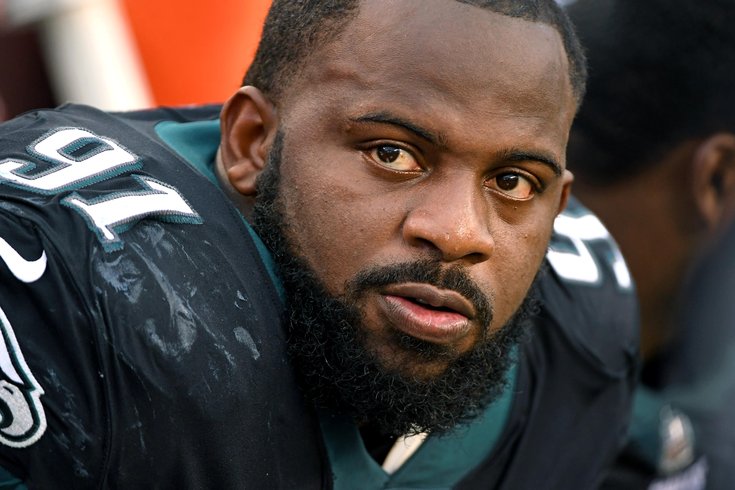 For plenty of Eagles players, their upcoming trip to Minneapolis for Super Bowl LII will be their first taste playing on the sports biggest stage, but all of them have been dreaming of it their entire ever life, ever since they were little kids staying up past their bedtimes to watch their favorite players compete for a ring.

Well, almost all of them.

On Wednesday, Eagles defensive tackle Fletcher Cox revealed something that took the media gathered in the NovaCare Complex auditorium by complete surprise: He's never watched a Super Bowl. Ever.

With just two questions left during his press conference, Cox, in his sixth year with the team, was asked if he had any memories of watching the Super Bowl when he was younger now that he's on his way to play in the first of his career.

"Not even the Super Bowl?" the reporter responded?

Now, you could sense the growing disbelief among the crowd.

"Not any of them?" someone jumped in.

"No. I don't watch sports," he said, with a tone suggesting his previous laugh wasn't as friendly as it originally seemed. "I tell you that all the time."

"We don't believe you," another reporter said. "You really don't watch the Super Bowl?

"Alright, that's it," he said, before giving one last smile and walking out of the auditorium, presumably to go watch something non-sports related.