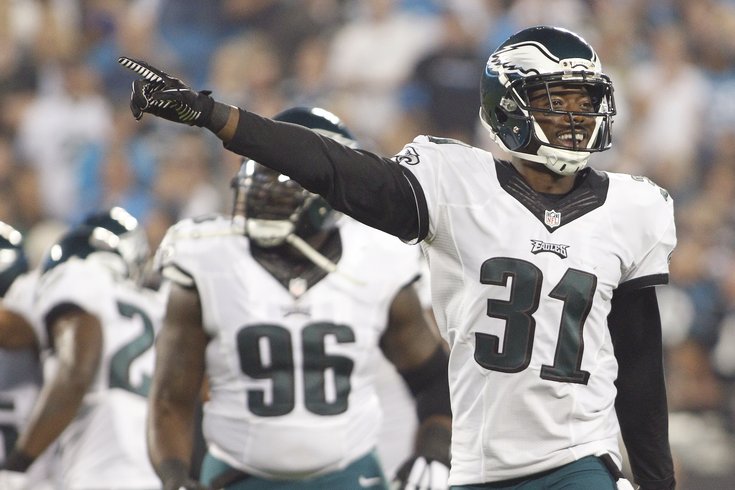 The Philadelphia Eagles and New York Giants will play a game this Sunday that is completely meaningless to the outcome of the 2015 season, but does has other future ramifications, such as draft position, the Eagles' schedule in 2016, and the health of Eagles players going forward.

As we've stated numerous times here, both teams are far better off losing this game. Therefore, unlike most weeks, the more guys who are held out, the merrier. Here is the Eagles-Giants injury report:

• Bennie Logan, NT: The Eagles' run defense fell apart down the stretch this season, and Logan's health may have factored into that decline, in addition to general fatigue from the defense in its entirety due to an excessive number of snaps faced.

• Byron Maxwell, CB: While Maxwell was unquestionably a major disappointment this season, the Eagles struggled to stop the Cardinals' and Redskins' passing attacks with Maxwell out.

• Seyi Ajirotutu, WR: Ajirotutu was a very under the radar disappointment this season, as he did not produce any impact plays on special teams.

• Jaylen Watkins, CB: Normally, Watkins' absence wouldn't matter much, but with an already thin secondary, the Eagles may be forced to dig even deeper into their depth.

• Dennis Kelly, OT: If Jason Peters decides this game isn't worth his time, Kelly will fill in at left tackle.

• Caleb Sturgis, K: There's a decent chance this will be Sturgis' last game as an Eagle, as a healthy Cody Parkey will be returning in 2016.

We'll update with the Giants' injury report when it is made available.