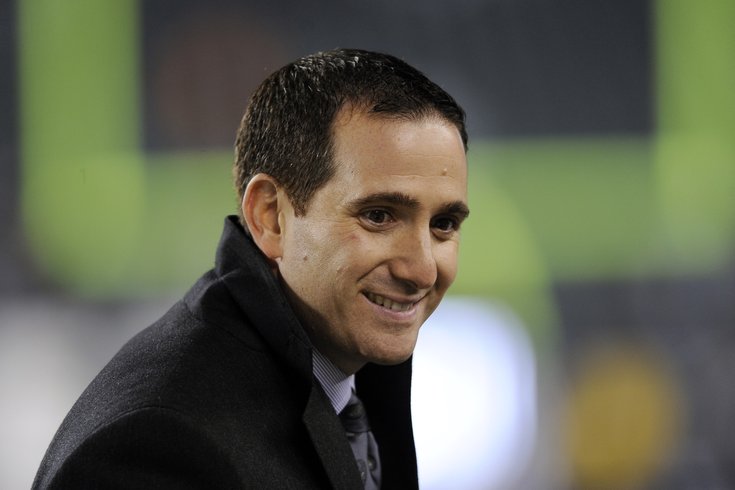 Howie Roseman will be wheeling and dealing in 2017, but this time to get dollars off the Eagles' cap.

As a result, the Eagles have the NFL's least amount of available cap space in 2017 and 2018, per overthecap.com's data.

There are two main conclusions to make here:

1) If the Eagles get this offseason right (and if Carson Wentz pans out), they'll have a nice core of players with which to build around, which could make them yearly contenders. If they don't, the next few years will be a waste, and it'll be a while before they can attempt a new re-build.

2) They are going to have to part with some players next offseason to give them room under the cap.

On "conclusion number two," there are three obvious contenders:

• Ryan Mathews: Mathews is a good runner, but isn't a player adapt at moving around the formation and creating mismatches in the passing game, which is something Doug Pederson prefers in his offense. If the Eagles release or trade Mathews next offseason, they will save $4,000,000.

And then there's Connor Barwin, who will have a cap number of $8,350,000 in 2017, $7,750,000 of which the Eagles could save if Barwin were released or traded. The Eagles may have to either make a tough decision there or try to restructure his deal.

At any rate, the Eagles future is extremely dependent on the moves made this offseason and they're going to have to create salary cap space in 2017.