The Eagles lost to the Panthers because they can't catch 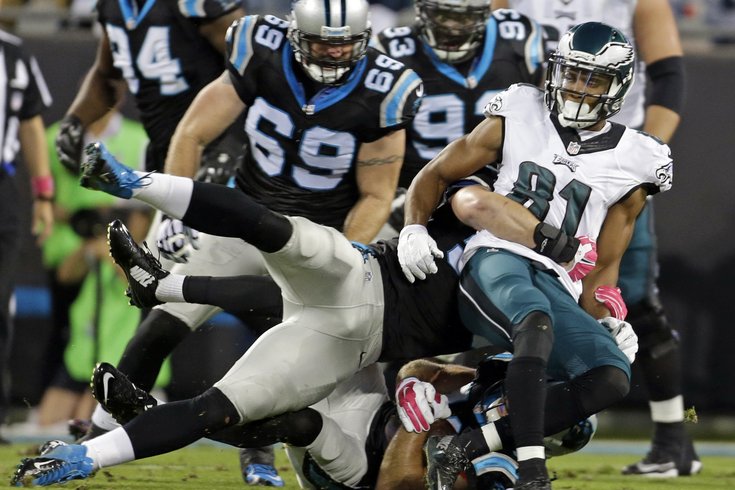 One thing that has been abundantly clear from the beginning of this season all the way through the Eagles' first seven games is that they are not good at catching the football.

"I don't have an answer for why, but we have too many (drops) for us to be successful," said Chip Kelly. "I thought Sam threw the ball well, threw with authority tonight, but the drops obviously hurt big time. We gotta get an answer for that."

Sunday night in Charlotte the Eagles dropped, by my unofficial count, seven passes. Most of them were huge plays that affected the outcome of the game. Let's review them, in chronological order:

Here were all the Eagles' drops, in video form:

As Kelly noted, he does not have an answer for why his players are dropping passes. In the locker room after the game, the players didn't have much in the way of answers in terms of how to fix it. One astute, anonymous Eagles player had a solution, per John Clark of CSN Philly: