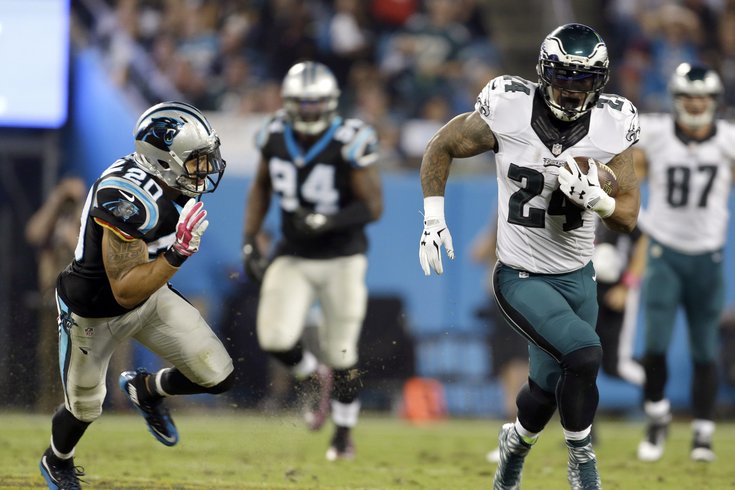 Ryan Mathews makes plays when he gets the football. It should stand to reason that the Eagles would give him the football because of this, but for some reason, they opt against it. This confuses me.

Well, at least the rest of the NFC East is really bad. So there's that. That seems to be the one thing Eagles fans have been able to hang their hats on most of this season, as the Birds have stumbled their way to a 3-4 start heading into the bye. As always, win or lose, we'll hand out 10 awards.

By my count, without the benefit of going back and re-watching the game, the Eagles had seven drops: Jordan Matthews had two, Josh Huff had two, Zach Ertz had one, Miles Austin had one, and Darren Sproles had one. You can probably find more, but seven is my subjective count.

Matthews has been the biggest offender of dropping the football this season, and he called the drops "embarrassing." 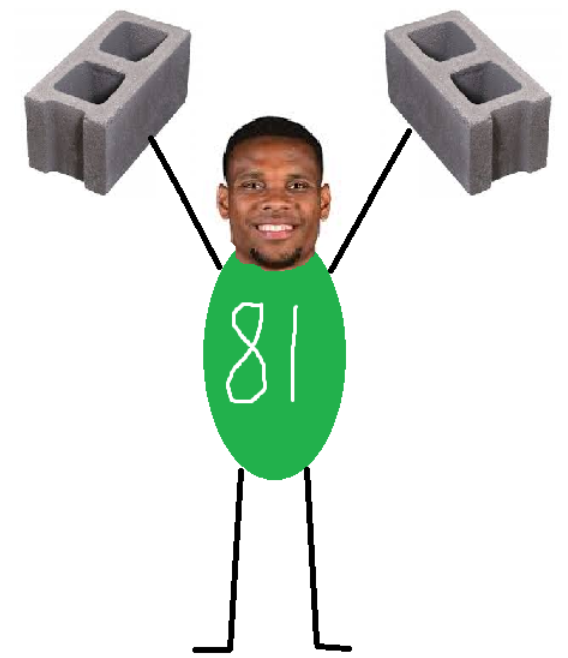 And those drops came in big spots Sunday night. One Matthews drop led to an interception. Another was a key third down that led to a punt. Huff dropped a TD. Austin dropped a 4th down pass that essentially ended the game in appropriate fashion. Etc., etc., etc...

Drops have been a major problem all season long, and they were probably the biggest reason for the Eagles' loss against Carolina.

"It's just a lack of focus, I guess," said Zach Ertz. "The balls not being perfect, we're not doing our job, that's all it comes down to." Here's what an anonymous (and astute) Eagles player had to say after the game:

2) The 'No Deep Balls' Award: Chip Kelly and Sam Bradford

The Eagles barely took any shots down the field Sunday night. That is especially odd, considering the Panthers' safeties, Kurt Coleman and Roman Harper, are not good cover guys.

"We kinda knew coming into this game that they wanted to keep everything in front of them," said Sam Bradford, "so I think our plan as a whole was to attack underneath tonight."

At what point are the Eagles going to not let opposing defenses dictate when they do offensively, and make defenses adjust to them?

The Eagles got gashed in the run game by the Panthers Sunday night. It's the first time all season an opposing offense had great success in the run game against the Eagles. "I think in the first half we were doing a pretty good job," said Malcolm Jenkins. "They had one run that they popped that was just a misfit, and then they had the one reverse. We felt like we held up well. But in the second half, they just moved us."

Throughout the first six games, the Eagles' defensive line had been the movers, not the movees. Here's what the Eagles defense had done against the run in each of the first six weeks:

I'm not one to micro-manage play calls. If a play works it's easy to say, "Great play call!" If it doesn't, it's even easier to say, "That didn't work, you idiots!" Having said that, the 3rd and 9 screen to Josh Huff late in the game was a ridiculous play call.

"They tackled us before we got the first down," said Bradford. "We thought it was a good call. I'm not sure... Those linebackers were all over it today."

You know who knows that the Panthers linebackers are awesome, and they do a great job running sideline to sideline to make plays on the perimeter? Freaking everybody, that's who.

5) The 'Screwed If They're Without Him' Award: Jason Peters

Jason Peters went down and never returned. The way he went down, I think most feared he tore an ACL or ruptured his Achilles. Turns out he "just" had back spasms. In Peters' absence, Matt Tobin was beaten like a rented mule by Jared Allen.

There have been several games in which Sam Bradford had really good stats, but he simply didn't look good on the field. Sunday night it was the reverse. Bradford actually looked OK, but you'd never know it from his numbers.

8) The Ballhawk Award: The Eagles' secondary

Despite the loss, the Eagles forced three turnovers once again and won the turnover battle overall 3-1. Malcolm Jenkins, Byron Maxwell, and Nolan Carroll all had interceptions. When you're +2 in the turnover battle, statistically you're going to win about 80 percent of your games.

Unfortunately, when none of those three turnovers lead to touchdowns, they don't really mean all that much.

9) The 'No Return' Game: The Panthers' kicker and punter

The bye comes at a time in which the Eagles badly need Jason Peters to get healthy (obviously, we'll update his status over the next two weeks), and it precedes an enormous matchup between the Eagles and Cowboys. But with the team 3-4 heading into the bye week on a very low note, the calls are going to be angry on sports radio shows.