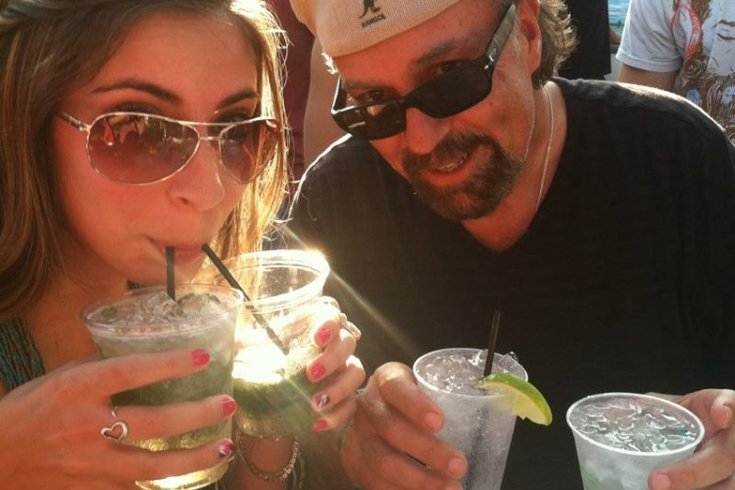 Gianna DeMedio, 28, and her late father, Gary, were united in their love of the Philadelphia Eagles. Gary, 63, passed away in May 2017. Is it any coincidence that his spirit is pulling strings for the Eagles?

Months earlier, in late May, the 28-year-old media relations officer at Jefferson Health lost her father, Gary, to a severe heart attack. He was 63 years young.

Gary spent his entire life with the florid neurosis of an Eagles fan, functionally sane everywhere but his couch on Sundays. Without him there anymore, DeMedio couldn't handle football. The Eagles were always the binding agent in her relationship with her father, a cigar-smoking, lovable big shot who was an influential player in Conshohocken's real estate market.

"I pretended there were no Eagles," DeMedio recalled. "I thought, 'This is not happening. They're not even playing.'"

And yet, for a daughter who inherited her father's green blood type, staying away from the Eagles proved impossible. If anything on earth could help her begin to confront such a sudden loss, it was Gary's beloved team steamrolling through opponents week after week.

That success helped DeMedio find the courage to take chances on herself in another arena her dad had inspired her to explore: public speaking.

"I gave the eulogy at my dad's funeral," DeMedio said. "Everyone was like, 'What are you doing with yourself? You need to do more of this.' I decided to take that advice to heart."

For a few months, Gianna had been attending the Story Slam competitions run by First Person Arts at the Fringe Arts Center on Columbus Boulevard. Each event has a theme and 10 people are picked to get up on stage, where they tell a story that matches the night's theme.

Gianna was a natural. She won the competition on the very first night she attended with her boyfriend in July. She knew she had to keep going, of course, but she would need to create some solid material at the most unsettled moment in her life.

"To be up on stage felt so fresh," DeMedio said. "It was the first time I felt my blood pumping again."

By November, as the Eagles jumped out to an 8-1 start, Gianna felt ready to enter FPA's Grand Slam competition.

The night's theme, "Willing," offered her a lane to discuss her father and their Philadelphia Eagles. With energy and poise, she recalled her dad's fevered speech about believing in the team during 2010's Miracle at the New Meadowlands, when DeSean Jackson capped an astonishing comeback that NFL fans have since voted the greatest game of all time.

This season she's willing to believe in the Eagles, Gianna told her audience.

"I was approached by so many people who could share a similar story," DeMedio said. "I was surprised at how passionate people were when they talked to me about it. Someone came up to me and said, 'I didn't even know I cared about the Eagles until my grandfather passed away and I couldn't watch the game with him.'"

For so many families in Philadelphia, watching the Eagles is about remembering the special people they've lost, whether recently or years ago. This is the team that brought out the best and the worst in them, from confident showboating to muttering disgust. It's the team that got everyone together on Sundays for lunch or dinner.

It's the last conversation that never dies.

DeMedio tries every day to make sense of why she had to lose her father and how to carry on with her life.

"It's this wild thing you can't prepare for, something that's constantly triggering you," DeMedio said. "And it's about learning from yourself. Some days I feel OK, but it's hard for me to say that out loud because two days (later) I could be a wreck."

More and more, Gianna wants to generate a public forum to bring people together as they process their grief.

"Loss is such a difficult thing to go through in life, and it's a very taboo thing," DeMedio said. "It could be anything. A failed endeavor. A breakup. Loss of a loved one. There aren't a lot of resources out there, and the ones that are can be so somber. When you lose a parent, you become part of this club that you never want to join. I just want a community, a warm-hearted type of community where people don't get judged."

The Eagles' exhilarating season will all come down to a final bout with the New England Patriots in Super Bowl LII.

Gianna never let the devastating injury to Carson Wentz shake her faith in the Eagles' resilience. That's because, as she said in her slam, Gary's got a direct line to heaven.

"My family has been joking about it all year," DeMedio said. "Clearly, we need things here, but dad's first priority in the afterlife was obviously the Eagles."

When the Eagles took on the Minnesota Vikings in the NFC Championship game, Gianna and her boyfriend made a point to be there. Before the game, she walked up to an old pal of Gary's and told him who she was. He started sobbing about how much he missed her father.

The Eagles 38-7 demolition of the Vikings will be remembered as one of the greatest games in franchise history and one of the most joyous occasions ever witnessed in Philadelphia sports. 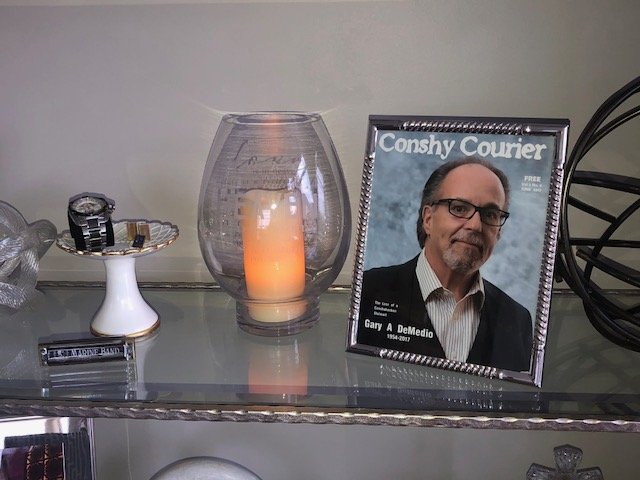 Gary DeMedio, who ran the family-owned Keystone Realty Group, pictured in the Conshy Courier after his death in May 2017.

"I'd like to think being there was a testament to how far I've come," DeMedio said. "I thought, 'I'll never be better.' And now I'm the loudest person in the stands cheering the Eagles on. It means more than just going to a game. I'm almost really sad that this is going to be over soon. It reminds me of my dad so much, I'm going to miss it."


Gianna admits she sometimes wonders whether all of this might be a defense mechanism. Is it just a way to tell herself Gary's not really gone? That he's in another realm.

"I always explain myself as spiritual but not religious," DeMedio said. "I do think there is a higher being and that spirits live on. I do think that you can be connected to those who have passed on from this life."

She often glances over at the picture of Gary that ran with his obituary in the Conshy Courier.

"Different times when I look at that picture, I feel different things," DeMedio said. "Sometimes I see him biting his lip to hold back from crying. Other times he's cracking up."

Life will never be the same without her father's post-game "WTF" texts and absurd, ritualized seating arrangements, but Gianna is finding special ways to see the humor and uncanny symbolism in it.

Gary used to insist that every member of the DeMedio family wear a specific jersey to activate whatever sorcery would lead the Eagles to victory. Gianna's 95-year-old grandmother — Gary's mother — was given the old Nick Foles jersey as a kind of throwaway in recent years, long after Foles was first dealt away by the Eagles.

It's hard not to be superstitious.

Now in a nursing home, Gary's mom insists on wearing that Foles jersey. Back under center, Foles is suddenly called upon to lead the Eagles, along with the hopes and history of an entire city, to their first parade down Broad Street.

Gianna, like everyone else, will be on the edge of her seat when it's time for kickoff. She has no doubt about where Gary will be. 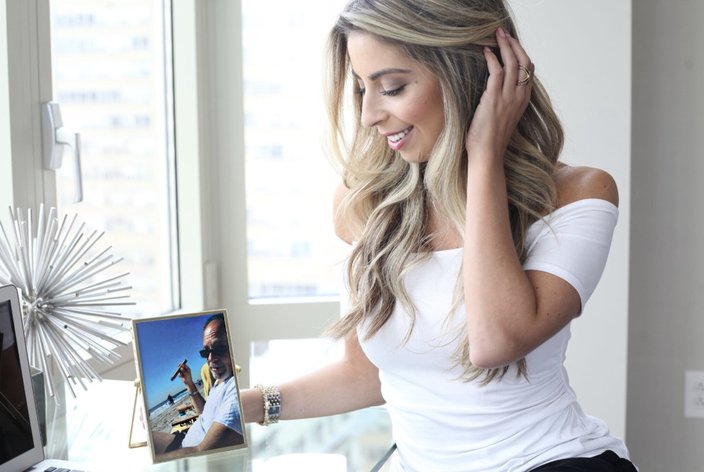 "Even though he's not here physically, that man's spirit is nowhere else but watching that game on Sunday," DeMedio said. "I can't explain that feeling of closeness, but I just know that's what he's doing."


For a daughter in search of a sturdy path forward without her father, an Eagles win would be the sweetest gift and keepsake she could receive.

"This is the most Philadelphia thing to say, but wouldn't it be great to go, 'My dad passed away in 2017, but the Eagles won the frickin' Super Bowl that season."

The other day, Gianna caught another glimpse of Gary's face in the newspaper clipping.

"I looked over at that picture," DeMedio said, "and it was like he was smirking, 'I have a secret but I can't tell you.'"