Eagles might not get anything in Mark Sanchez trade 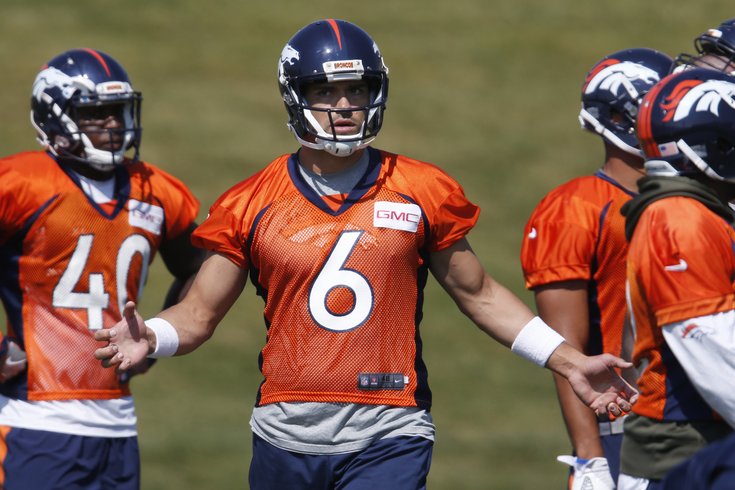 As PhillyVoice first reported back in June, there were three different scenarios for the compensation the Philadelphia Eagles would receive in the trade that sent Mark Sanchez to the Denver Broncos.

Scenario No. 3 is beginning to look like a very real possibility. In the Broncos' third preseason game against the Los Angeles Rams, Sanchez did not play... at all. Instead, Trevor Siemian started and played the entire first half, while rookie first round pick Paxton Lynch played the entire second half. Siemian also started the Broncos' second preseason game against the San Francisco 49ers. Against the Rams last night, Siemian was 10 of 17 for 122 yards, 1 TD, and 1 INT.

There is a realistic possibility that the Broncos could release Sanchez, as roughly half the NFL's teams only carry two quarterbacks. A season ago, the Broncos kept three quarterbacks -- Peyton Manning, Brock Osweiler, and Siemian. If the Broncos released Sanchez, they would save $4.5 million, and would not have to send the Eagles any draft picks.

There was no way the Eagles were going to keep Sanchez around after handing out lucrative deals to both Sam Bradford and Chase Daniel. Sanchez was set to count for $5.5 million against the cap in 2016. Had the Eagles released him, they would have saved $3.5 million of that. By trading him, they saved $4.5 million.  That alone made the trade worthwhile to the Eagles, but certainly it would be a disappointment to come away empty on compensation.