When will Eagles host 2023 NFC Championship? 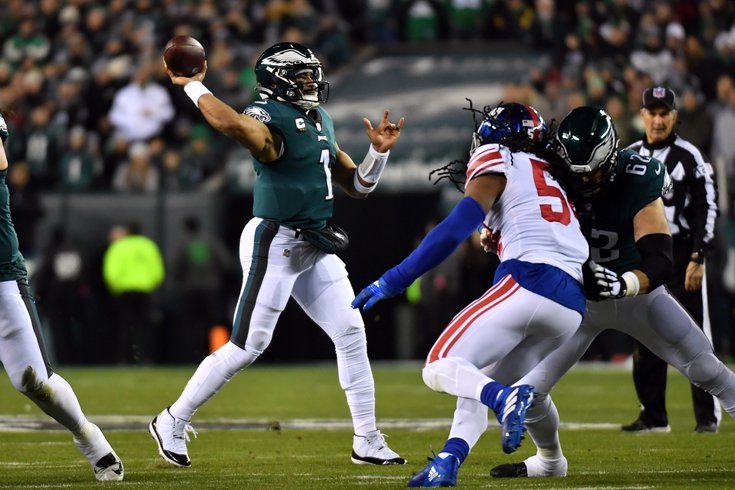 Eagles QB Jalen Hurts letting a pass fly during the first quarter of Saturday night's divisional round playoff game against the Giants at Lincoln Financial Field.

After their thoroughly dominating 38-7 win against the Giants, the Eagles are one win from heading to Phoenix for the Super Bowl.

That victory will need to come next Sunday, in a game that will kickoff at 3 p.m. on the east coast and air on FOX.

Philly will find out its opponent after the 49ers and Cowboys do battle in the second NFC Divisional game, but either way they'll be facing an NFC blue blood with a ton of history.

The Birds split their games against the Cowboys this season, winning when Dak Prescott was hurt and losing when Jalen Hurts was hurt. The Niners last duel with the Birds came in Nick Sirianni's second game as the Eagles head coach, a 17-11 loss back in September of 2021.

The Linc was absolutely wild during Saturday night's win, and it will surely be even more electric next weekend, And if the Eagles pull it off, the entire city will be in party mode.

If you want to see it in person it'll cost ya. Tickets on Stubhub are starting at around $800 for nosebleeds.