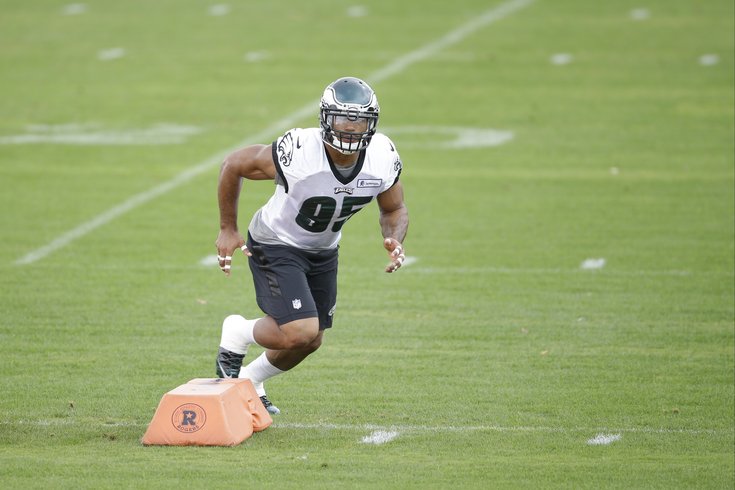 Mychal Kendricks could be making his return to the field soon.

The Eagles' injury report lists seven names this week, which is up from five a week ago. However, a week ago they listed four players being "out" at this time. This week that number is down to two. Here's a look at the Eagles' and Panthers' injuries, with analysis.

• ILB Kiko Alonso (knee): Alonso will miss his fifth game, however, the Eagles have gotten fantastic play out of rookie ILB Jordan Hicks in Alonso's absence. At this point, it's difficult trying to figure out how the Eagles can even use Alonso when he is able to return.

• WR Nelson Agholor (ankle): This will be the second game that Agholor will miss as a pro. Josh Huff started in his absence when Agholor sat out against the Giants a week ago.

• ILB Mychal Kendricks (hamstring): Kendricks played in the first two games, but was injured Week 2 against Dallas. He missed Week 3 against the Jets, but tried to return Week 4 against Washington, which didn't last long as he left that game early. He was ruled as "out" the last two weeks against the Saints and Giants, so his status as "questionable" is an encouraging sign that he'll be back out on the field soon.

• ILB DeMeco Ryans (hamstring): Billy Davis thinks Ryans will play. "Knowing DeMeco, the way he handles injuries, you expect him back because he is a warrior in that category," said Davis.

• WR Riley Cooper (knee): Cooper gets a lot of criticism from the fan base, much of it deserved, but he has actually been open quite a bit this season, and has played well in recent weeks. With Agholor out, the Eagles need him.

• DE Brandon Bair (groin): Bair has played well in a reserve role for the Eagles. He was listed as "out" the last couple of weeks at this time, so it would appear that he is inching closer to a return.

• Josh Huff (knee): Huff is expected to be a go this week, but it's worth noting that the Eagles have three banged up receivers.

The two players of note for the Panthers are Dwan Edwards, who is part of Carolina's defensive line rotation at DT, and LB Shaq Thompson, who was Carolina's first round draft pick this offseason.