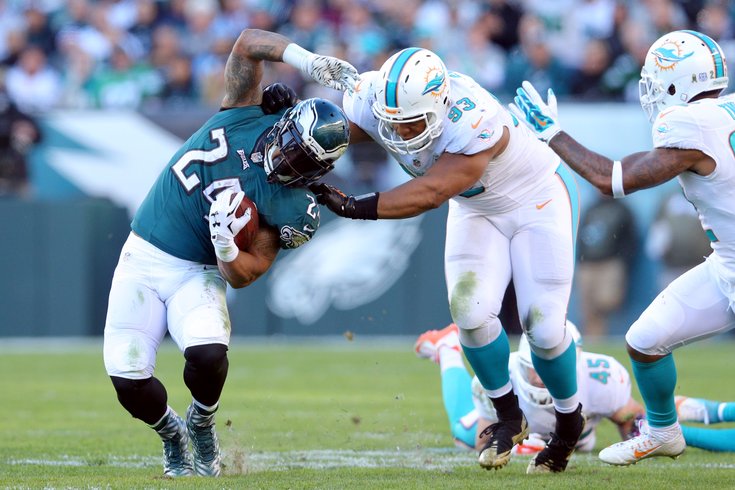 The Eagles' injury report lists 12 names this week, although nine of them are listed are "probable." Sam Bradford is among the probables, so he will likely start. The other big name to watch as we get closer to game day seemingly every week remains Jason Peters, who is officially listed as questionable. Ryan Mathews will not play. Here's a look at the Eagles' and Patriots' injuries, with analysis.

• RB Ryan Mathews (concussion, groin): This will now be the third straight game Mathews has missed because of his concussion. Injuries have been the norm for Mathews throughout his career, and the Eagles' run game has not been the same this season when they have been without him.

• OT Jason Peters (back): The end of Peters' stellar career with the Eagles may be drawing near, as we noted earlier this week. If the Eagles have any hopes of keeping their season alive against the Pats, they'll need Peters to block Pats pass rusher Chandler Jones, who we profiled in our five matchups to watch.

• DE Cedric Thornton (ankle): The Eagles have been gashed for 828 yards over the last five games. The Eagles can use Thornton's skills as a run defender against a receiver-depleted Pats team that may try to rely on the run game.

The Patriots are extremely banged up. The Pats' second-best player, TE Rob Gronkowski, is out, as is the Pats' best wide receiver Julian Edelman. Wide receiver Danny Amendola also won't be 100% as he is listed as questionable.

On the other side of the ball, two of the Pats' best defenders, Jamie Collins and Dont'a Hightower, are both listed as questionable.