Five matchups to watch Sunday between the Eagles and Patriots 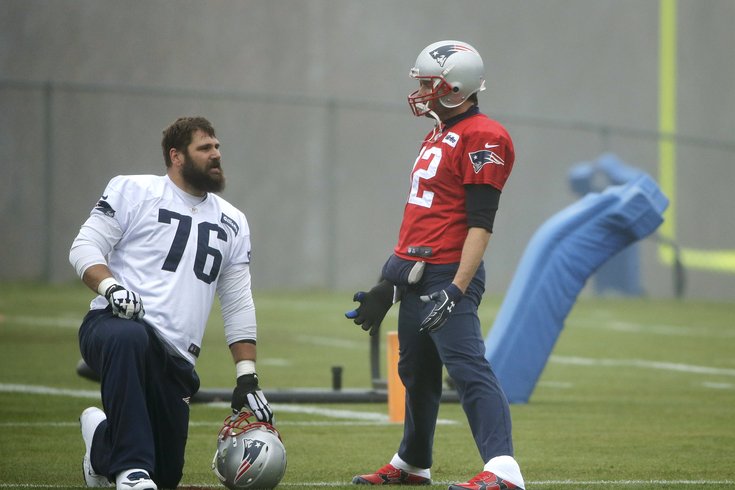 The Philadelphia Eagles are mentally wounded, coming off three consecutive embarrassing losses to the Dolphins, Buccaneers and Lions. Unfortunately for them, it doesn't get any easier this week against the New England Patriots. Here are five matchups to watch on Sunday between the Eagles and Pats.

The Patriots are more than likely going to be without star tight end Rob Gronkowski, as well as their best receiver Julian Edelman. Additionally, Danny Amendola is banged up, and likely won't be 100% if he plays. Over the last two weeks Eagles defenders have not covered well (or at all), as opposing quarterbacks have put up video game numbers against them:

Most notably in the Eagles secondary, rookie Eric Rowe will make his first start of the season this Sunday. He'll have a chance to show that he can compete for a starting job in 2016. Even with a makeshift crop of receivers to cover, that will be a very tough challenge against Tom Brady, who is first in the NFL in yards, touchdown passes, and QB rating.

2) The Eagles' OL vs the Patriots' pass rush

When you think of the Patriots, obviously you think Brady. However, one thing they really do well is get after the opposing quarterback defensively. On the season, the Pats are second in the NFL with 35 sacks. Their best pass rusher is Chandler Jones, who is third in the NFL with 10.5 sacks. A week ago, the Eagles didn't have an answer for Lions DE Ziggy Ansah.

With a banged up receiving corps, expect the Pats to lean on the 250 pound Blount, who has often been very effective as a late-season sledgehammer for the Pats.

5) The Eagles vs themselves

We noted this one last week too, but the Eagles are an absolute mess right now. Players are calling each other out for being soft. The fans are being blamed for (rightfully) booing terrible on-field performances. Players are (rightfully) questioning coaching methods. Others are consumed with what the press is writing about them.

Even with the extreme measures to fill the roster with #culture guys, clearly, this is not a "team" right now. The Eagles will be on the road again, which is probably a good thing for them. A loss doesn't even matter right now -- it's highly expected. But how about some measure of competency?