Four Eagles players who probably won't be back in 2016: Defense edition 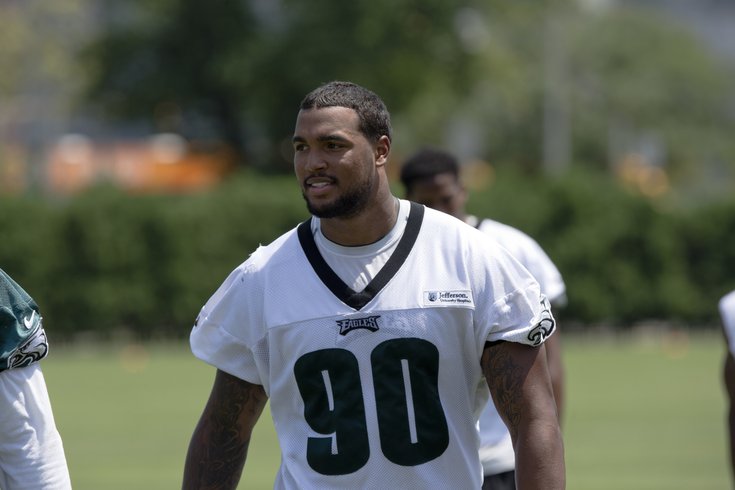 Marcus Smith was not a good draft pick.

With the fallout of a 4-7 season that could continue to get worse, it is the norm that roster changeover will occur. Earlier this week we took a look at five players on the offense who should not be back in 2016. Below are five Eagles defenders who may not be back in 2016.

CB Nolan Carroll: Carroll, an unrestricted free agent after this season, was arguably the Eagles' best corner this year, so the Eagles should make a serious effort to bring him back, right? That's probably unrealistic. On the one side, Byron Maxwell is locked in at one spot, whether you like it or not. It will cost far more to cut him than keep him. Realistically, the Eagles are tied to Maxwell through the 2017 season. His contract, via overthecap.com:

On the other side, the Eagles traded up in the second round of the 2015 draft to select Eric Rowe, and they may expect him to start in 2016.

Carroll has proven to be an NFL-quality starter, and will be looking for starter money. With two corners in place that the Eagles have allocated significant resources to already, Carroll will likely be the odd man out, and therefore likely to sign elsewhere. This of course assumes that Rowe isn't a complete train wreck down the stretch.

DE Vinny Curry: Curry too will be an unrestricted free agent after this season, and while he may be the Eagles' best pure pass rusher, he is criminally underused. On the season, Curry has played 247 snaps, which is 30.2% of the Eagles' snaps this season. The Eagles tried Curry at OLB at one point, but that didn't take. This offseason, it's going to be hard to imagine the Eagles paying Curry significant money when they struggle to figure out ways to get him on the field. There's a good bet some other 4-3 team out there is going to value Curry more highly and make him an offer the Eagles won't match.

DE Cedric Thornton: While Thornton has been a solid starter for the Eagles, the Birds are going to have to make some difficult choices on their defense. They already handed out lucrative contracts to Byron Maxwell, Connor Barwin, Brandon Graham, Mychal Kendricks, and Malcolm Jenkins. They'll soon also have to pay Walter Thurmond, Fletcher Cox, and Bennie Logan. The Eagles can't pay everyone, and may view Taylor Hart as a cheaper option at DE.

OLB Marcus Smith: I mean... Smith has no career solo tackles. It will actually cost the Eagles slightly more to cut him than keep him, but at what point do you admit missing here and making better use of his roster spot? Maybe the Eagles can trade Smith for some other bust, in which case they'd save about $100K.