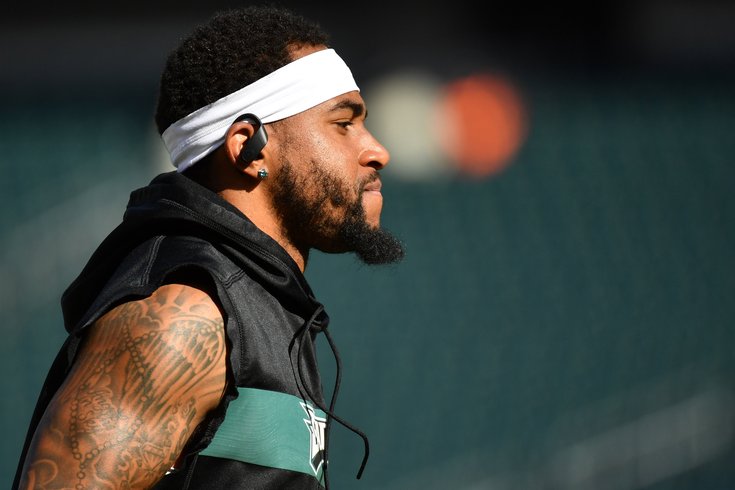 Here's where people around the country have the Birds ranked after the ninth week of the 2019 regular season:

The Eagles' receiving corps has fallen well short of expectations, in part because of the absence of DeSean Jackson (abdominal strain) -- and the rest of the group is failing to pick up the slack. Nelson Agholor and Alshon Jeffery rank 87th and 66th, respectively, in receiving yards, while the group overall is second in drops and first in fumbles lost (3). The unit needs to provide better productivity for Carson Wentz during the stretch run.

#JimmySays: Which team has the sad-sack group of receivers that has more drops than the Eagles?

A necessary win on Sunday for the Eagles, who get back above .500 and hit their Week 10 bye before huge tests against the Patriots and Seahawks. The Eagles' defense held the punchless Bears offense to 9 total yards in the first half, the fewest yards allowed by the Iggles in a half in the last 40 years, per Elias Sports Bureau. Jordan Howard was the offensive star, finishing with 82 yards on the ground and a score against his former team. Carson Wentz isn't putting up the MVP-like numbers that some expected this season, but he helped seal the win with four third-down completions on the Eagles' final drive, which was capped by Jake Elliott's game-icing field goal. Wentz will go the rest of the way without DeSean Jackson, who is headed for season-ending surgery after aggravating his core injury in his return Sunday after missing the previous six weeks. As we saw in Week 1, when he racked up 154 yards and two scores on eight catches, D-Jax could have really helped this offense.

#JimmySays: I'll take it a step further. This offense is going to be brutally boring to watch the rest of the way without a wide receiver who can actually get open and catch a pass more then 15 yards down the field.

The DeSean Jackson injury is a tough one. You have to assume the Eagles regret not holding him out through the bye, which is this week. Jackson is out for perhaps the rest of the season, and the Eagles are going to miss him stretching the defense.

#JimmySays: I think the bigger regrets on the DeSean front are (a) DeSean not immediately having surgery when he initially got injured, and (b) not finding a way to bring in a competent wide receiver at the trade deadline, knowing full well that DeSean is a major injury risk.

Two straight victories has the Eagles back thinking playoffs after a bad start. They have fixed some of those defensive issues.

They haven't had a 100-yard rusher in 37 consecutive regular-season games, yet they're averaging 127.3 per this season. Good enough.

#JimmySays: Hey USA Today, there are like 30 things about the Eagles more important than the last time they had a 100-yard rusher.

The Eagles are starting to put everything together again; their running game is opening things up for the passing game and also helping put their maligned defense in more comfortable situations. Doug Pederson has his team playing solid complementary football going into a bye and, in Week 11, the Patriots matchup.

#JimmySays: I couldn't disagree more on the passing game opening up. Opposing defenses have nothing to fear more than 15 yards down the field, so they're just camping out in the short-to-intermediate areas, and every throw that Carson Wentz has to make has a very slim margin for error.

The win over the Bears aids the Eagles’ recovery but the loss of WR DeSean Jackson to surgery for his core muscle injury, likely ending his season, is significant.

#JimmySays: I'd call "significant" an understatement.