Andrew Sendejo or a fourth-round compensatory pick: Which should the Eagles choose? 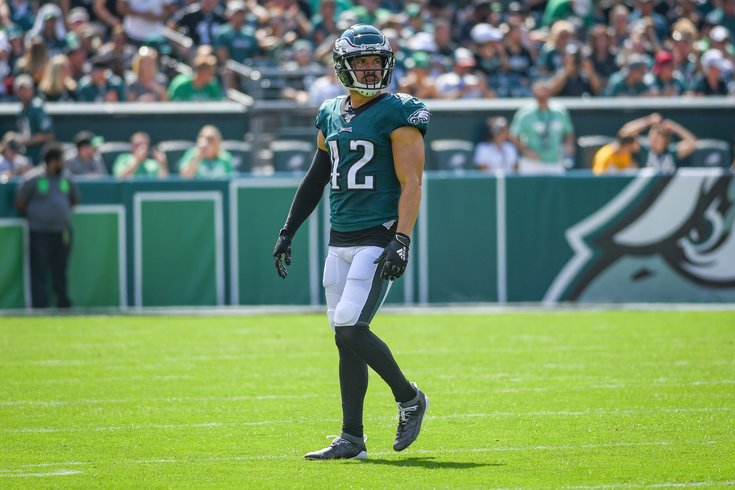 Howie Roseman, Doug Pederson, Jim Schwartz, and the Philadelphia Eagles have an interesting decision to make this week. (In Monty Hall voice)... "Howie, you can either keep safety Andrew Sendejo for the rest of the season, orrrrrrr, you can have an extra 4th round compensatory pick mystery box. What's it gonna be?"

UPDATE: OMG they actually did it! 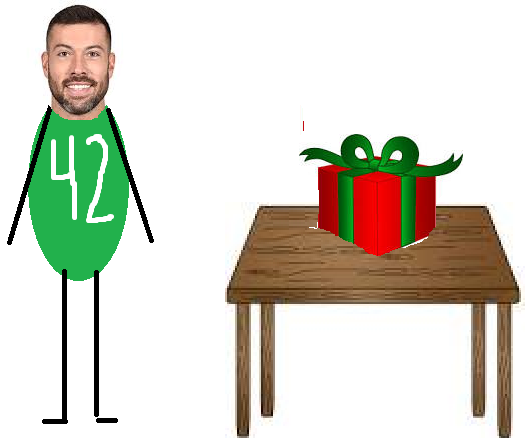 Of course, if you read my stuff with any regularity at all you already know what I'm talking about. If not, I'll give a quick "Cliff's Notes" refresher.

Each year, the NFL awards "compensatory picks" (or "comp picks") to teams that lose more players than they gain in free agency the previous offseason. The more money those players make with their new team, the higher the value they have in the comp pick formula, and thus, the higher the draft pick that is awarded for the loss of that player.

Sendejo would currently cancel out Tate, leaving the Eagles with two comp picks earned, as we note in our compensatory pick tracker (h/t OverTheCap).

If the Eagles cut Sendejo by this Saturday, he would no longer count toward the comp pick formula, and Tate would therefore no longer be cancelled out. Instead, the above cancellation chart would look like this:

Quite literally, the Eagles have their choice between keeping Sendejo, or taking the 2020 (projected) fourth-round comp pick. (At worst case, it would be a fifth-round comp pick, but it looks like it would solidly be a four.)

Got it? Great! So let's make a case for both:

Is Andrew Sendejo good? In my opinion, no, he isn't. If this were 1977 when helmet-to-helmet shots were celebrated and players were given "atta boys" for concussing their opponents, then sure, Sendejo would have value as an enforcer in the middle of the field.

Unfortunately, Sendejo was born 30 or 40 years too late. In today's NFL, if you're a safety and you don't run or cover particularly well, you're a liability, and that's what Sendejo has been for the Eagles at times this year.

But my opinion doesn't mean jack. The front office, Schwartz, Pederson, and Sendejo's position coach, Tim Hauck, all seem to like him, and that's really all that matters.

Sendejo played quite a bit early in the season as the Eagles' third safety. Through the first four games, he played 52.9 percent of the snaps. Over the last five games, Sendejo has only played 31.3 percent of the snaps, perhaps as a result as some members of the secondary returning from injury, even if not at his position. A look at his weekly snap counts:

It's unclear if Sendejo would start at safety if Malcolm Jenkins or Rodney McLeod were to go down, or if, say, Avonte Maddox, would slide in there instead, like he did quite ably season ago.

Anyway, all I have on the "keep Sendejo front" is that the coaches like him, and maybe some players might not like to see a guy get cut in favor of a future fourth-round pick?

As we noted earlier this season, the Eagles had the second-oldest roster in the NFL at 53-man cutdowns, and the most players over the age of 29 at the time, with 18 of them.

How did they get so old? Two major reasons:

That trend cannot continue, as the team runs a serious risk of a major rebuild in a few years (or sooner) when their older talent begins to decline sharply, and there aren't enough good young players in the pipeline to fill in.

Additionally, the team needs as much cheap talent as possible, with Carson Wentz now eating up a big piece of the salary cap pie. The cheapest players are the ones on their rookie contracts for four years.

But Jimmy, it's only one pick, and it's in between the fourth and fifth rounds. That's not going to make or break the Eagles' future. And the Eagles stink at picking players anyway. Why would I want another Donnel Pumphrey instead of Sendejo?

Good question, hypothetical annoying objection guy/gal. Certainly, the Eagles won't have a mindset of, "We suck at picking players, so we should just piss away all of our draft picks." But also, even if the the Eagles don't value fourth-round picks highly, you know who does? The rest of the league!

In the 2019 NFL Draft, the Eagles used fourth- and sixth-round picks to jump three spots from pick No. 25 to pick No. 22 to draft a player in Andre Dillard that really had no business being available that late in the first round.

The more picks you have in a draft, the more maneuverability you have, and in the event the Eagles gain three compensatory picks, they would have 10 total in the 2020 NFL Draft. And oh by the way, the 2020 draft looks like it will be loooooaaaded with speed receivers.

So what should they do?

I took a poll on Twitter, to see how that would go. I knew the comp pick would win, but I didn't realize how bad of a blowout it would be.

And yes, I agree. It is a no-brainer in my mind to take the pick.

What will they do?

I've gone back and forth on this, but I think the coaching staff will overrule Roseman, and they'll keep Sendejo.