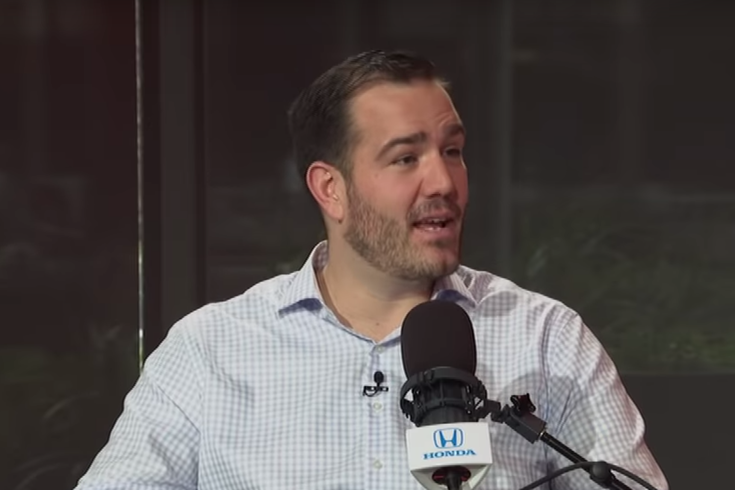 Ross Tucker, a Wyomissing native who played offensive lineman with Washington and the Cowboys from 2001 to 2002, is joining the Eagles’ preseason broadcast booth, according to the team.

Tucker, 40, played college football at Princeton and has been a football commentator and TV personality since he retired in 2008, working with Sports Illustrated and NBC Sports Network, among other outlets.

During his NFL career, Tucker appeared in 42 games, including 24 as a starter.

Tucker will join Scott Graham in the booth to call all four games, starting Thursday, Aug. 8, against the Titans.

Tucker is replacing Philly native Mike Mayock, who was hired as the general manager of the Oakland Raiders this offseason. Mayock had worked the preseason booth for the Eagles for four seasons, starting in 2015.

Dave Spadaro, the team’s Eagles Insider, will remain as a sideline voice for the team’s preseason broadcasts, which will air on NBC10 Philadelphia.

The news comes one day after Jimmy Rollins made his booth debut with NBC Sports Philadelphia. Bryce Harper was tossed and the Phillies lost, 5-1. Maybe Tucker’s debut will go a bit better.