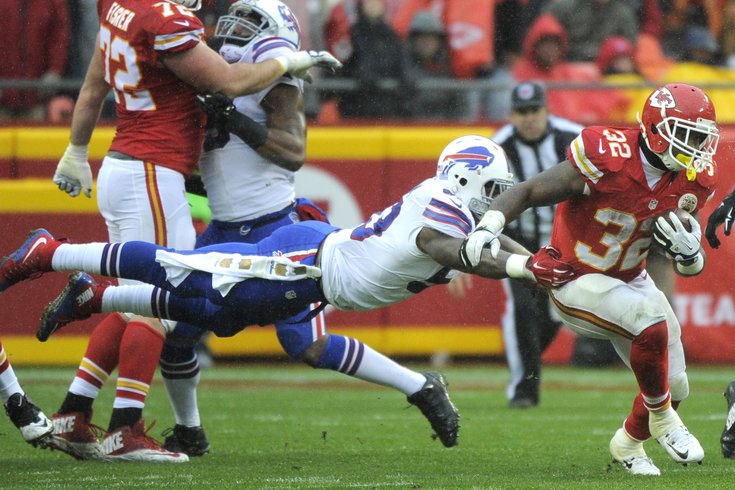 According to Peter Schrager of FOX Sports, the Eagles have reached an agreement with former Bills LB Nigel Bradham, who played under Jim Schwartz in Buffalo.

The Eagles are not done. Philadelphia has agreed to terms with LB Nigel Bradham. @NFLONFOX

Bradham is the second Buffalo defender to migrate south to Philadelphia, after CB Leodis McKelvin signed with the team a day ago. Like McKelvin, Bradham had his best season under Schwartz in 2014 when he had 104 tackles, 2.5 sacks, 2 forced fumbles, an INT, and 7 pass breakups.

Bradham will fill the void left by the trade of Kiko Alonso to the Miami Dolphins, and likely play the SAM position, with Jordan Hicks at the MIKE and Mychal Kendricks at WILL.

Bradham was a former fourth-round pick of the Bills in 2012. He'll turn 27 in September.

We'll update the contract details when they are made available.