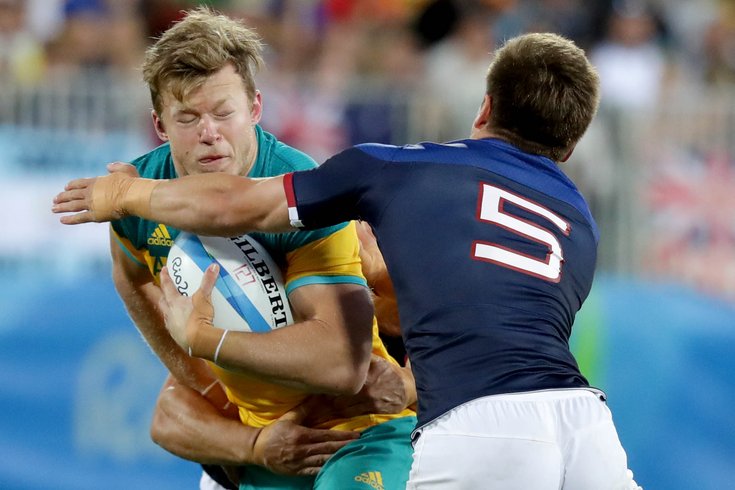 Neither of these guys are Jordan Mailata.

After playing professional rugby, Mailata is preparing to play offensive tackle in the NFL, and he had an impressive pro day, via NFL.com.

Mailata measured just shy of 6-foot-8 and weighed 346 pounds. His arms measured a massive 35.5 inches. He was timed at 5.12 seconds in the 40-yard dash, which would have been good for seventh among tackle participants at the NFL Combine in February. He also excelled in the short shuttle with a time (4.67 seconds) that would have been among the top 10 at his position. Mailata put up 22 reps on the bench press.

Here he is in action, playing rugby:

I don't know what to make of any of that, it terms of projecting him to offensive tackle. Sorry. Maybe just make him the first 346-pound running back in NFL history.

Anyway, Mailata makes sense as a flier for the Eagles, who don't need immediate help with a stacked group at OT, but will have tackle needs down the road whenever Jason Peters retires.

He is a highly athletic developmental prospect that Jeff Stoutland could try to work his magic with over the next couple years.